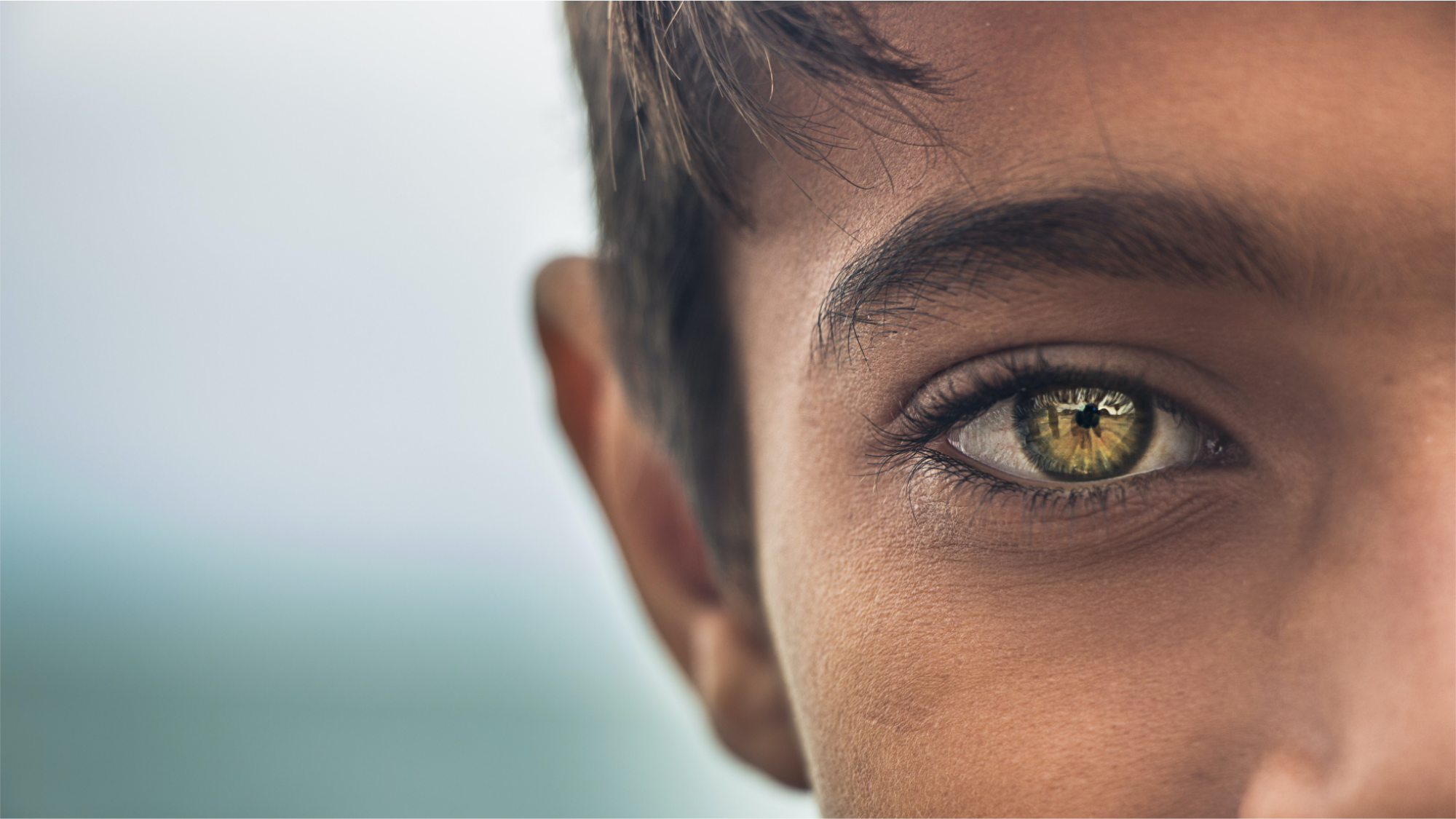 Bringing Your Nonprofit’s Comprehensive Campaign to Life with Visuals

From logomarks and color schemes to fonts and graphic elements, the visual phase of your comprehensive or capital campaign is what makes any brand spring to life in full Technicolor glory. And while this phase is typically the most well-known, it’s also the least understood.

So, it’s no surprise that many nonprofit organizations start with visuals. The visual piece is, after all, often the most exciting and creative part of the campaign process. But visual strategy development should actually be the final step in the brand-building process. You should dig into it after you’ve uncovered key audience insights via discovery, established strategic goals, and zeroed in on your messaging and your name. After all, your visuals are simply your campaign message wrapped in an easy-to-consume package.

The visual phase of building a comprehensive or capital campaign will result in a compelling appeal to donors. And to get to the heart of that visual appeal, you’ll need to follow a tried-and-true process that includes connecting your visuals to your campaign message before developing all the strategically creative elements of your campaign.

Visuals Are Worth a Thousand Words

If you want your capital or comprehensive campaign brand to stand out and serve as an irresistible call to action (of course you do), you’ll need to set the tone with a captivating and distinctive visual identity system.

Polished, intriguing visuals aren’t just attention-grabbing. When done right, your campaign brand’s visual identity actually gives you a leg up in achieving (or even exceeding) your fundraising targets. It shows prospective donors that your organization is serious. That you have ambitious goals and are committed to making an impact.

In short, a sharp, visually attractive, and compelling brand says to donors, “This organization is worth your investment.”

Your campaign’s visual identity is valuable at every stage in the campaign life cycle.

Consider, for example, the early “quiet phase,” the time to visualize the impact you hope to achieve with major donors’ support before broadening your appeal to a wider audience. And it works. This initial, low-profile phase is often the most fruitful when it comes to drumming up large-dollar gifts. In fact, funds raised during this period often represent up to 60-80% of the total raised during the life of a campaign.

A fundraising campaign that’s already named, branded, and visually actualized in this early quiet fundraising period shows major donors you’ve already laid the groundwork for a successful campaign — making them that much more likely to show their support in the form of a major donation. To get to that visual identity, though, you’ve got to work with your team to create an identity that aligns with your message. The best way to do that? Through a visual identity workshop.

A visual identity workshop should be conducted in a similar way to a naming workshop. Gather the parties who have a stake in the campaign, and begin by asking what they hope to see in a campaign brand. Parties included will likely be members of the executive team, the development team, and perhaps board members. A good starting point is for each team member to share examples of branding they admire, and to write a sentence or two on why.

The purpose of the workshop is to have a conversation about possibilities before any marks are made. It’s a chance to better understand the valuable perspective each individual brings to the table before sketching even begins, allowing space for key people to influence the direction visual identity will go —  for the better. Without it, there’s a good chance your design team or partner would deliver a solution based on the wrong assumptions. The goal is not a Mad Men-style “big reveal.” It’s a “yes, of course” moment because collaboration occurred before a single pixel was created.

The visual identity workshop is also a good time to suss out the visual elements that you’ll need to keep consistent if there’s a parent brand if any. What needs to carry over into the campaign brand. Color? Typography? All typefaces, or just one? Logomarks?

To bring it all together, your internal marketing and communications team, design team, or brand partner will take that feedback and come up with a visual identity, including the ever-so-important campaign identifier — the logo. While the logo is the key piece of your visual identity, your team will also generate ideas for your color palette and typography as well as usage samples to show how the brand really comes to life.

Once you’ve selected your visual mark, it’s time to take it for a test drive. (Re)enter your internal stakeholders.

As you speak with your stakeholders, remind them of their messaging strategy and name before teeing up the visuals. This connectivity and reorientation always helps as you show and tell your materials to the larger group. Then comes the fun part!

Your design team or brand partner can now show mockups of what your campaign branding will look like in real life. They should present examples of how your visual strategy has been applied to collateral and elements such as a booklet, pitch deck template, a website landing page, social graphics, gala graphics for a fundraiser, capital campaign brochures, and/or an email newsletter. More than anything, it’s a showcase of how the visual identity system can be applied in a variety of contexts.

It’s at this point that there should be some emphatic nodding in the audience, affirming that you’ve hit the mark — yes, of course!

Process is Key with your Visual Strategy

If you’re not following a plan to create your visual identity, it means you aren’t trying to understand what the opportunities and insights are before attempting solutions.

Following a tried and true process allows you to understand what the real problems are before you begin diagnosing them.

Take the visual identity workshop, for example. If, instead of a collaborative workshop with a variety of stakeholders, you only hold interviews with single individuals, you are engaging with your audience in a passive way. You ask questions and they respond. The collaborative workshop, on the other hand, is an active and interactive process. You are able to gather together to discuss the components that will make up your visual messaging system. And with that, problems will be identified that others can then push back on or expound on – this also enables you to get revisions out of the way before you put pencil to paper. This saves a ton of time and headaches. There’s unmatched strength in collaboration.

But without this workshopping process in place to ensure best practices are followed for collecting and integrating feedback, you’re flying by the seat of your pants. You would rely on the answers from one-off interviews to try to figure out the answer to the visual question. The whole of the executive team would not have a clear set of steps as to their involvement and the desired result — and unfortunately neither would the donors, beneficiaries, or development team.

Visuals = Where Your Work Comes to Life

After all the work you’ve put into learning about your audience and what they want (and need) from your comprehensive or capital campaign, you’ve distilled that into a best-fit message and name. Excitingly, once you complete the steps outlined above, you’ll be able to see all that hard work come to life in various visual forms. And once the visuals are in place, you’re so close to having all the parts and pieces for your campaign ready.

Remember to trust the process—it works!