Harn Museum of Art is bringing learning to life for everyone through art.

The Harn Museum of Art is more than a museum. It’s a classroom, a laboratory, and a communal gathering space. An active and exciting place that not only invites personal discovery but encourages engagement from everyone who visits. The Harn approached us wanting to convey those ideals into a core brand that would be seen throughout the museum, UF campus, community, and more. Additionally, it needed to be a brand that worked well with their capital campaign, The Harn: Expanding, which you can see here.

First, we established the core Verbal Identity of the museum. Working through internal and external communications, audiences, and attributes, to establishing their purpose and defining their ambition. 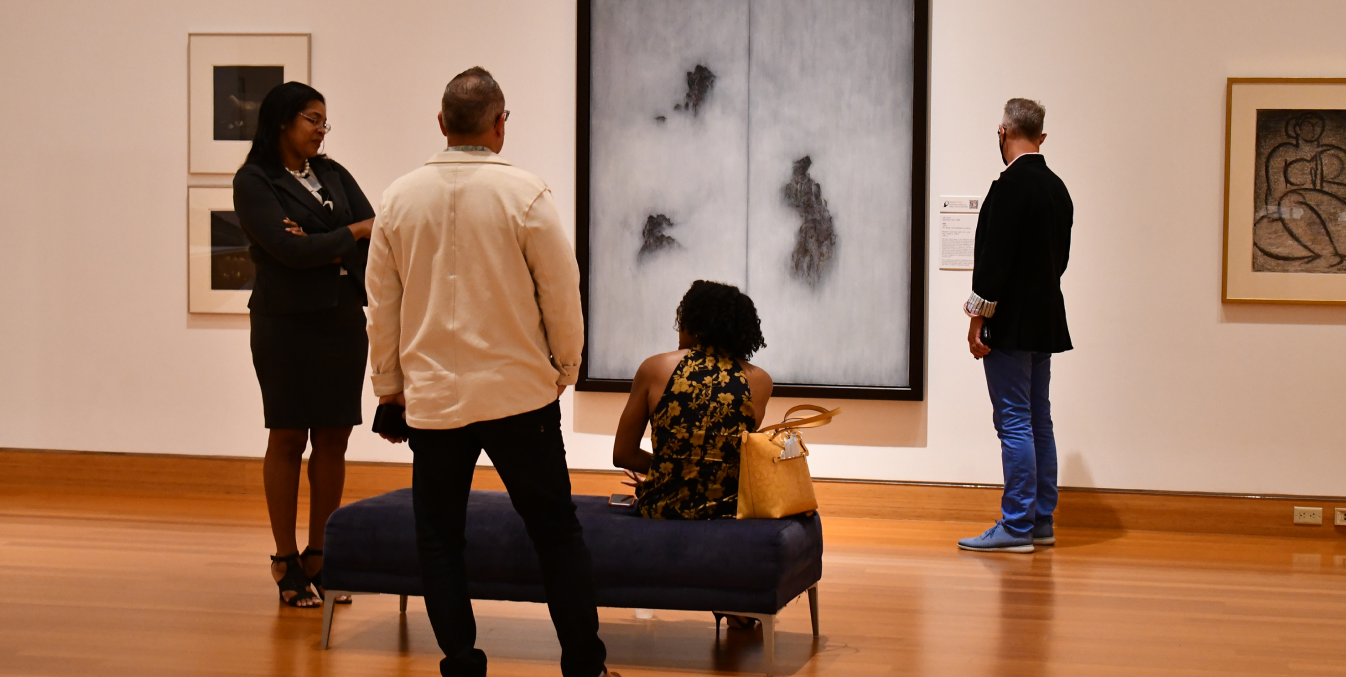 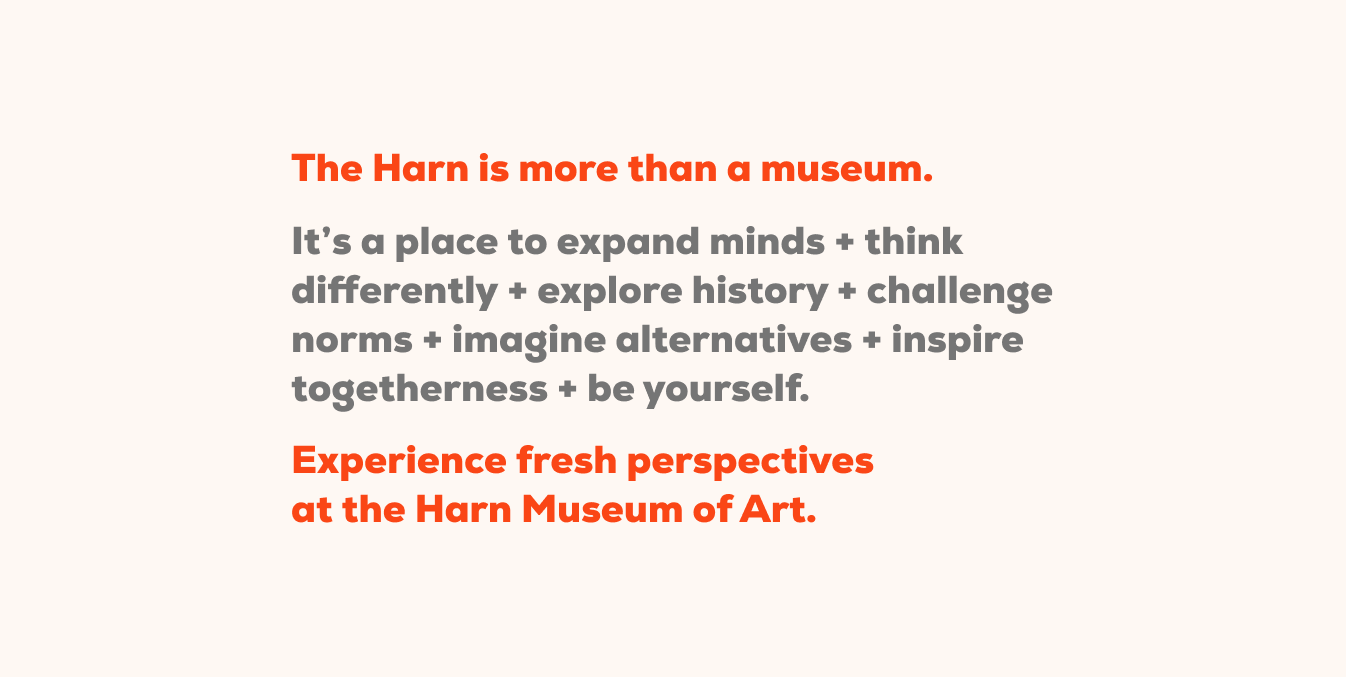 Next, we began with creating a Visual Identity system that reflects those connections between people and art. The Harn Museum aspired to become a part of the communities lives for a lifetime. We began with the square logomark, its origins starting from the historical Harn logo and extending that shape into three-dimensional space representing growth and fresh perspectives. This logomark became a viewfinder into the Harn and gave the ability to highlight what makes them more than a museum. 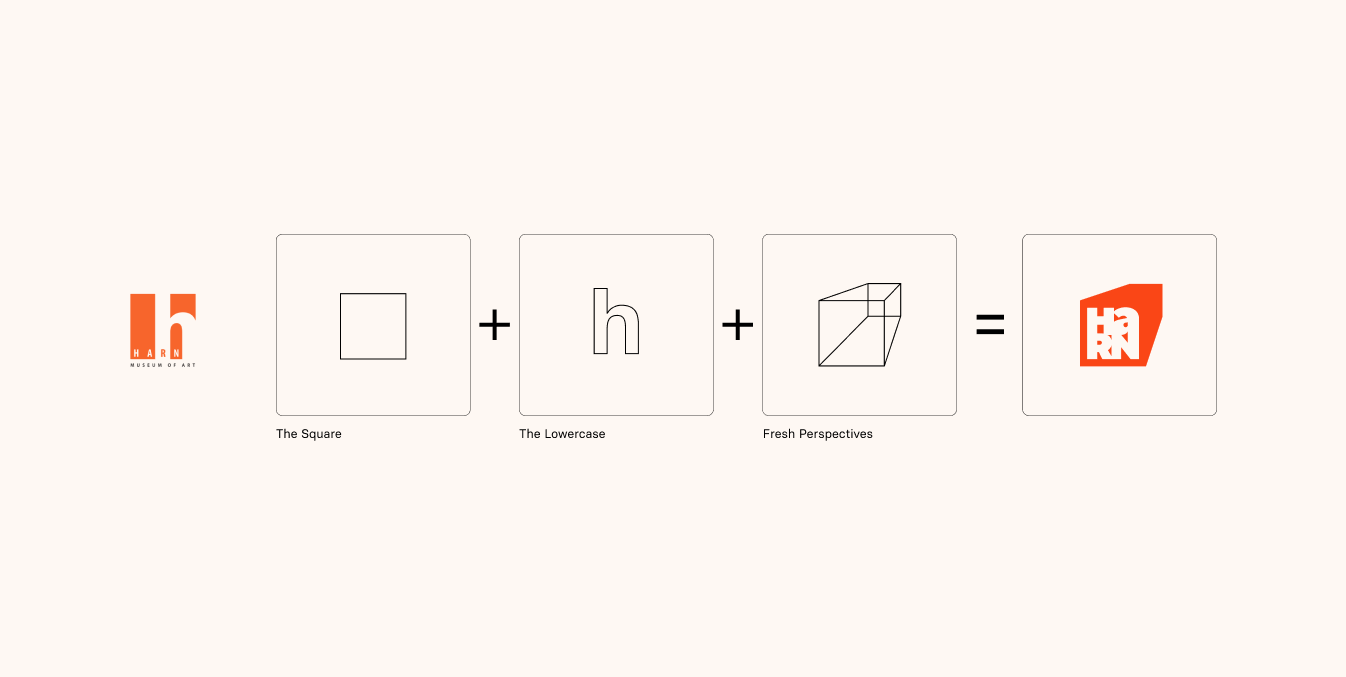 Establishing the logo mark gave us a clear path to creating the vertical and horizontal lockups. We needed to emphasize the word ‘art’ because a pain point the museum had was many students on the UF campus didn’t always immediately know what the Harn was. We achieved this by using a lowercase ‘a’ within the word ‘art’ to draw that attention, and from far away, the logotype could even be read as ‘Harn Art.’

And finally, we began thinking about the graphic devices that create the brand elements within this brand system. This idea of fresh perspectives was inspired by the thought process behind using the Harn Museum’s historic logo as an inspiration to create this new one. Like the Harn Museum itself, constantly changing and growing, the three-dimensional shape that made up the logomark became one of the core elements. The system developed further to incorporate other elements representing fresh perspectives, such as the plus sign and grid pattern. 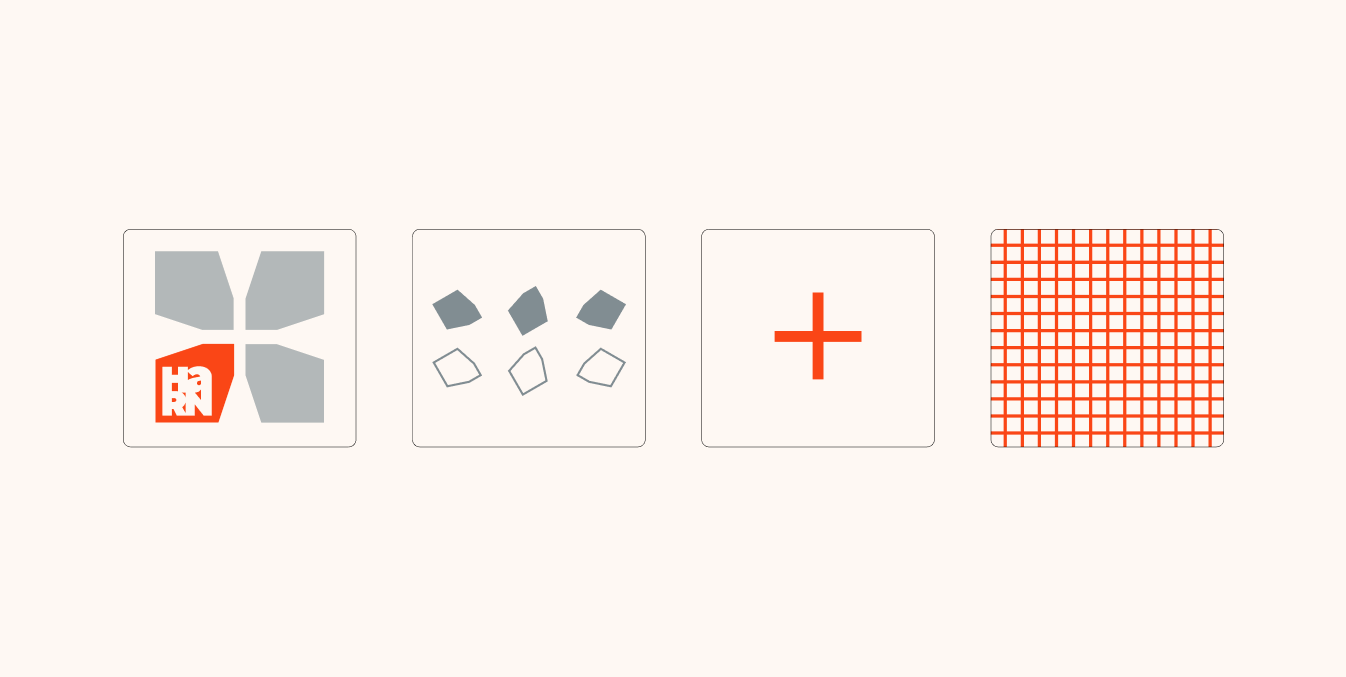 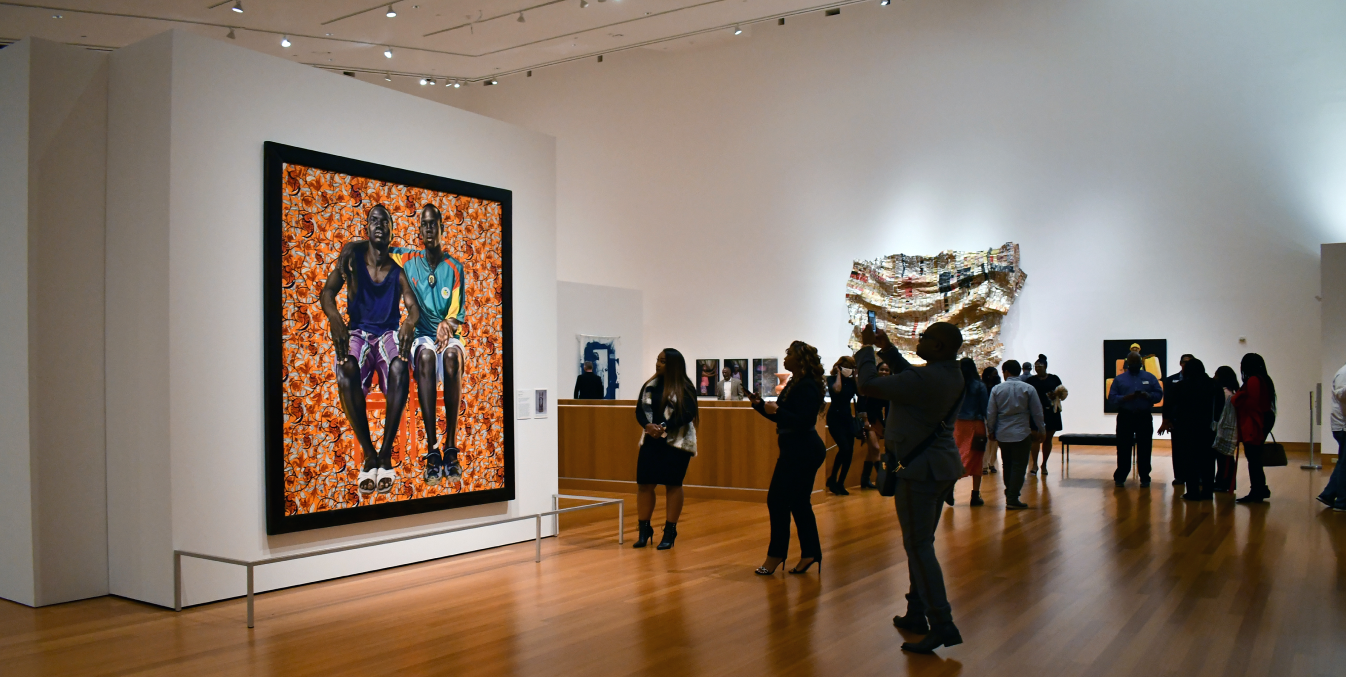 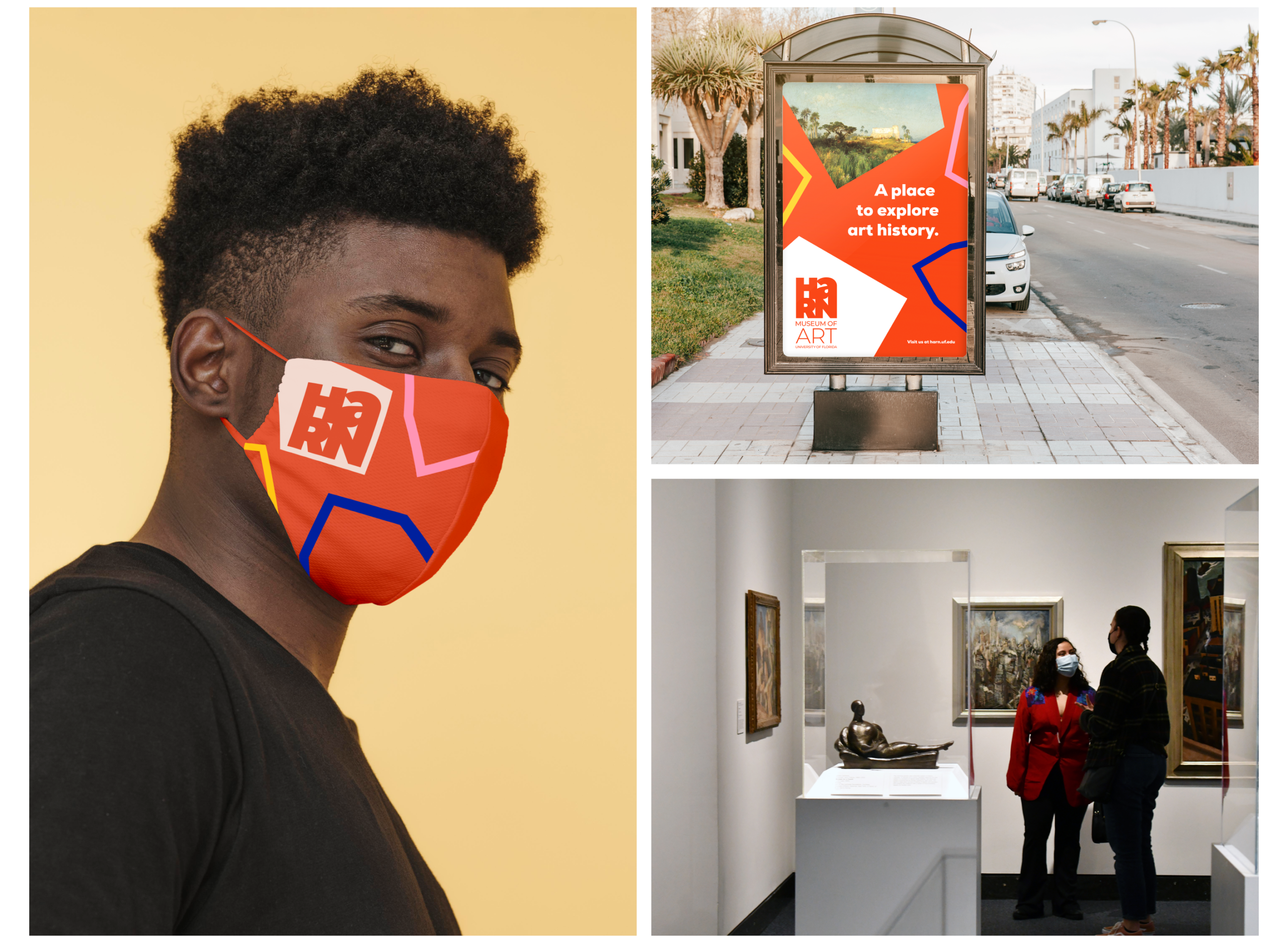 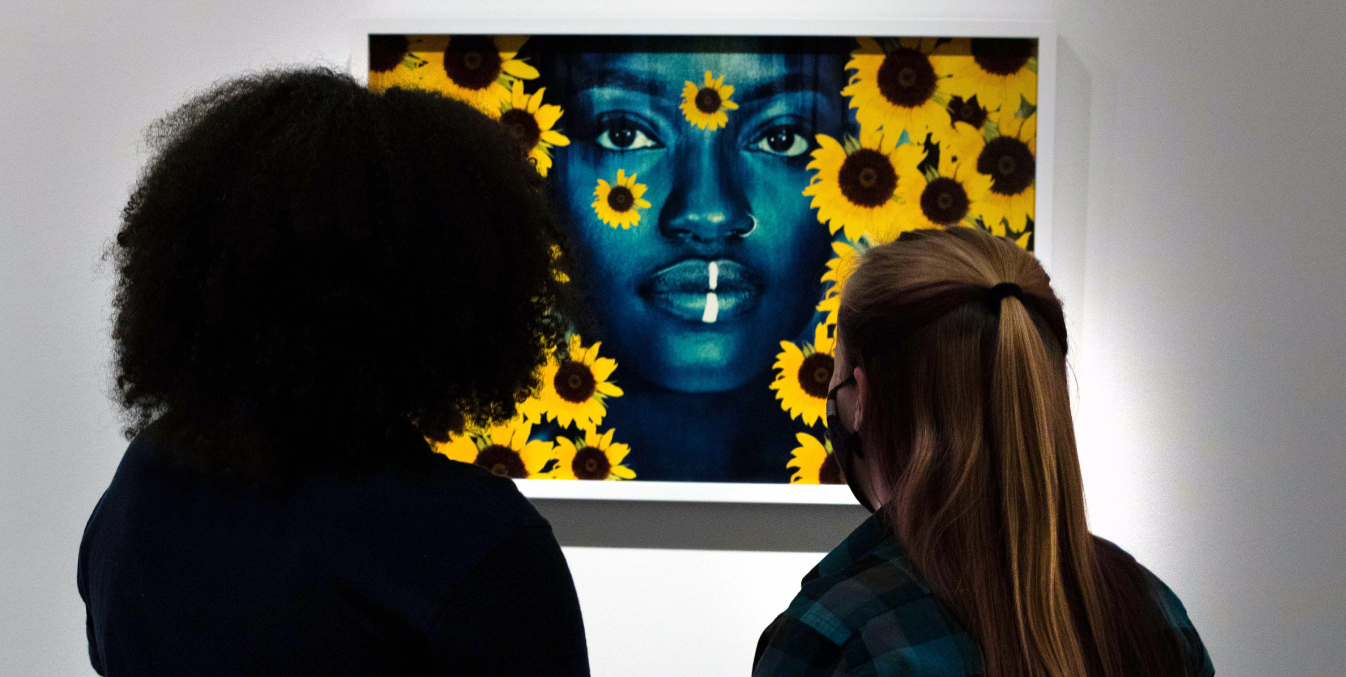 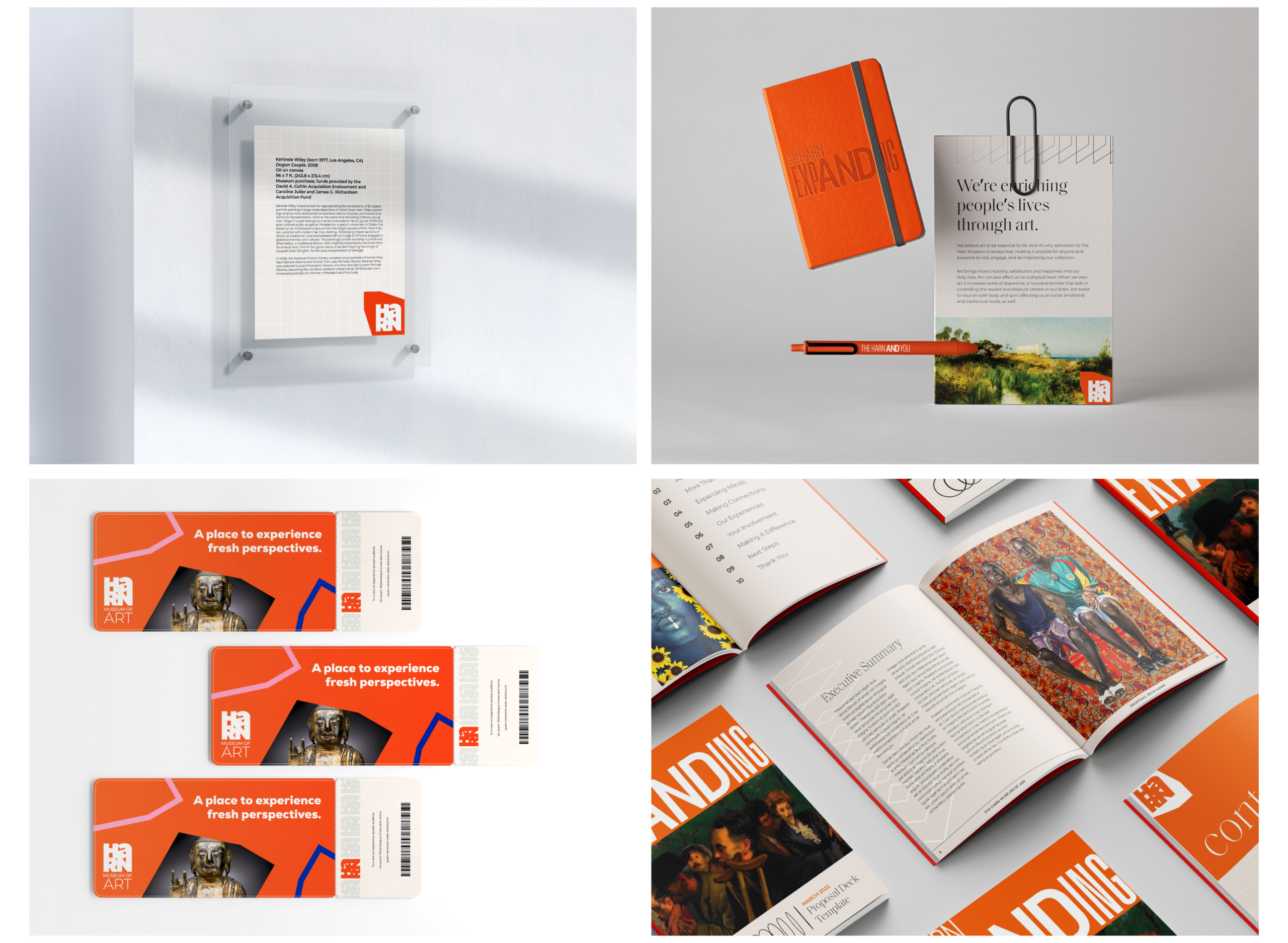 The Harn Museum of Art now has an established core brand that students, faculty, community members, and more will have as part of their lives for a lifetime. 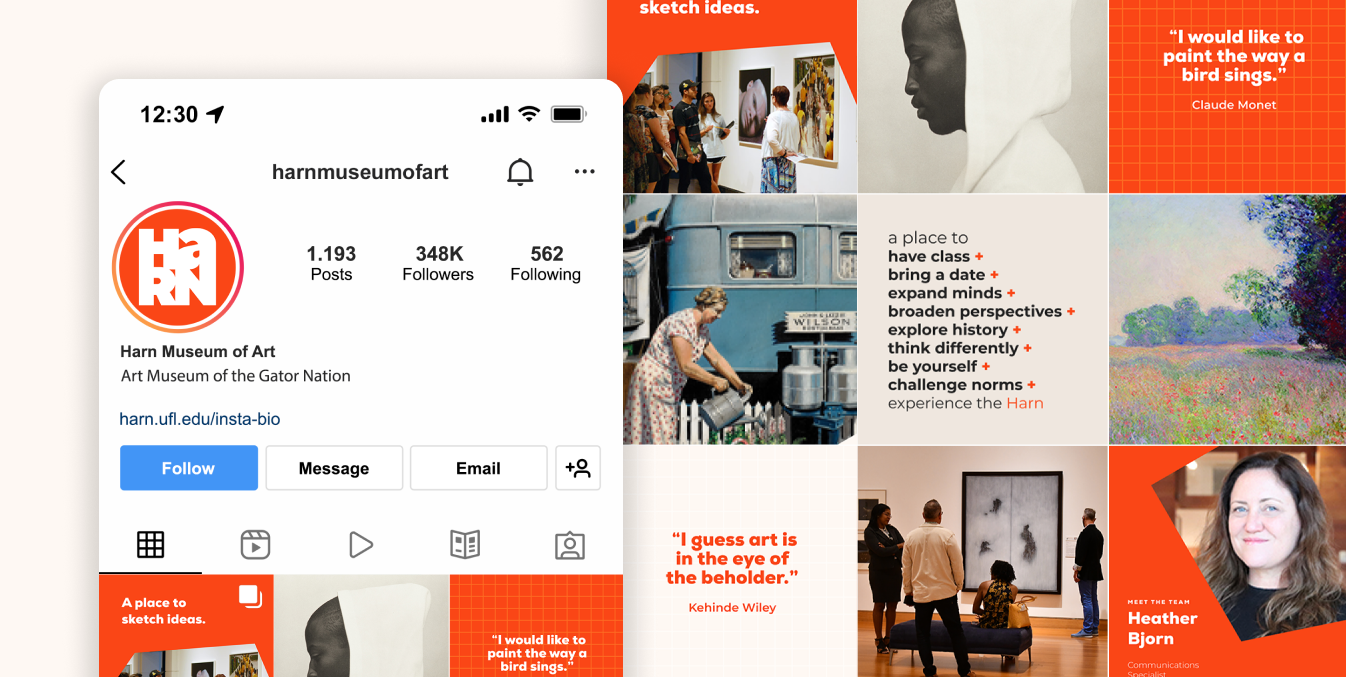 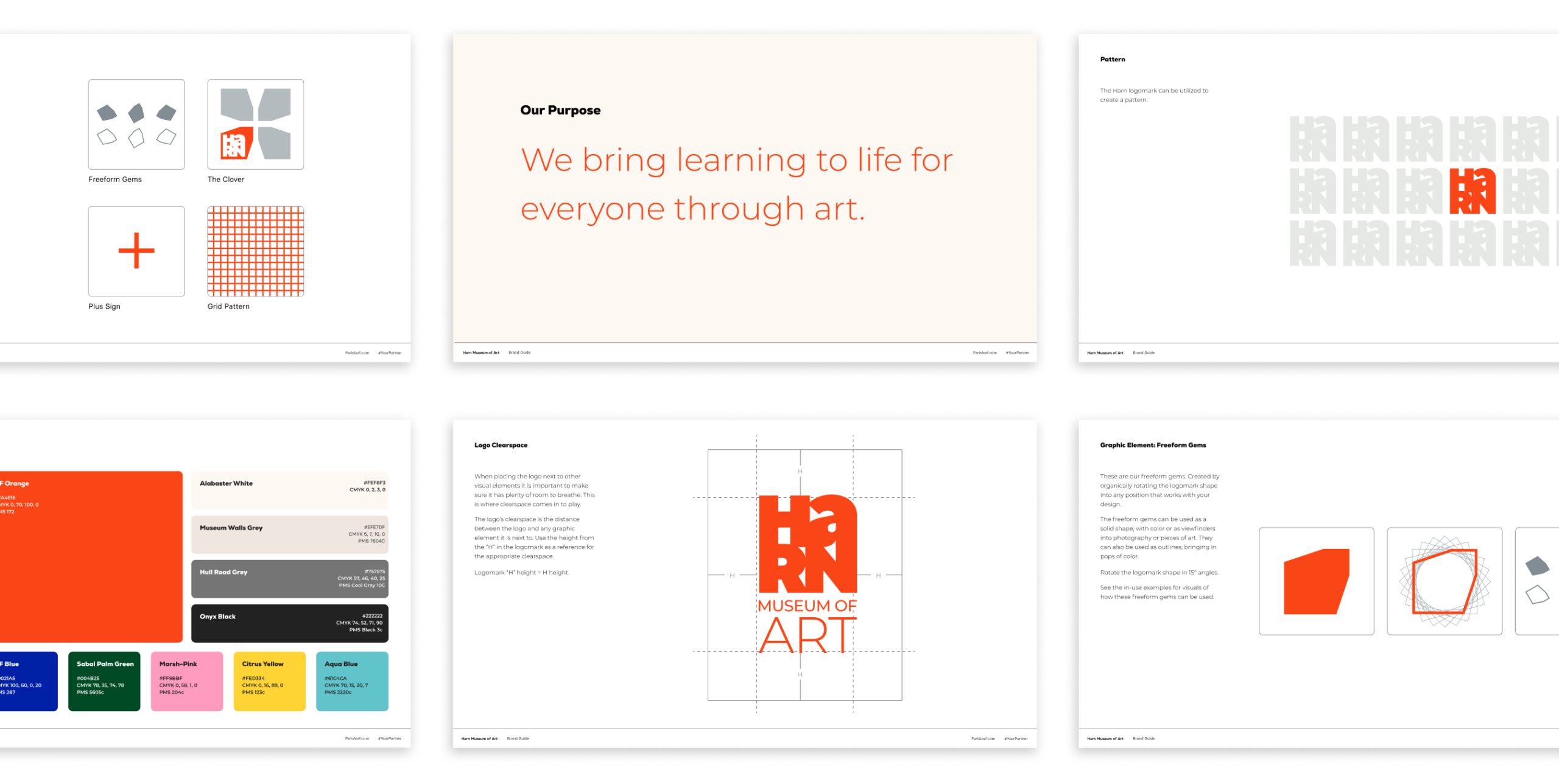