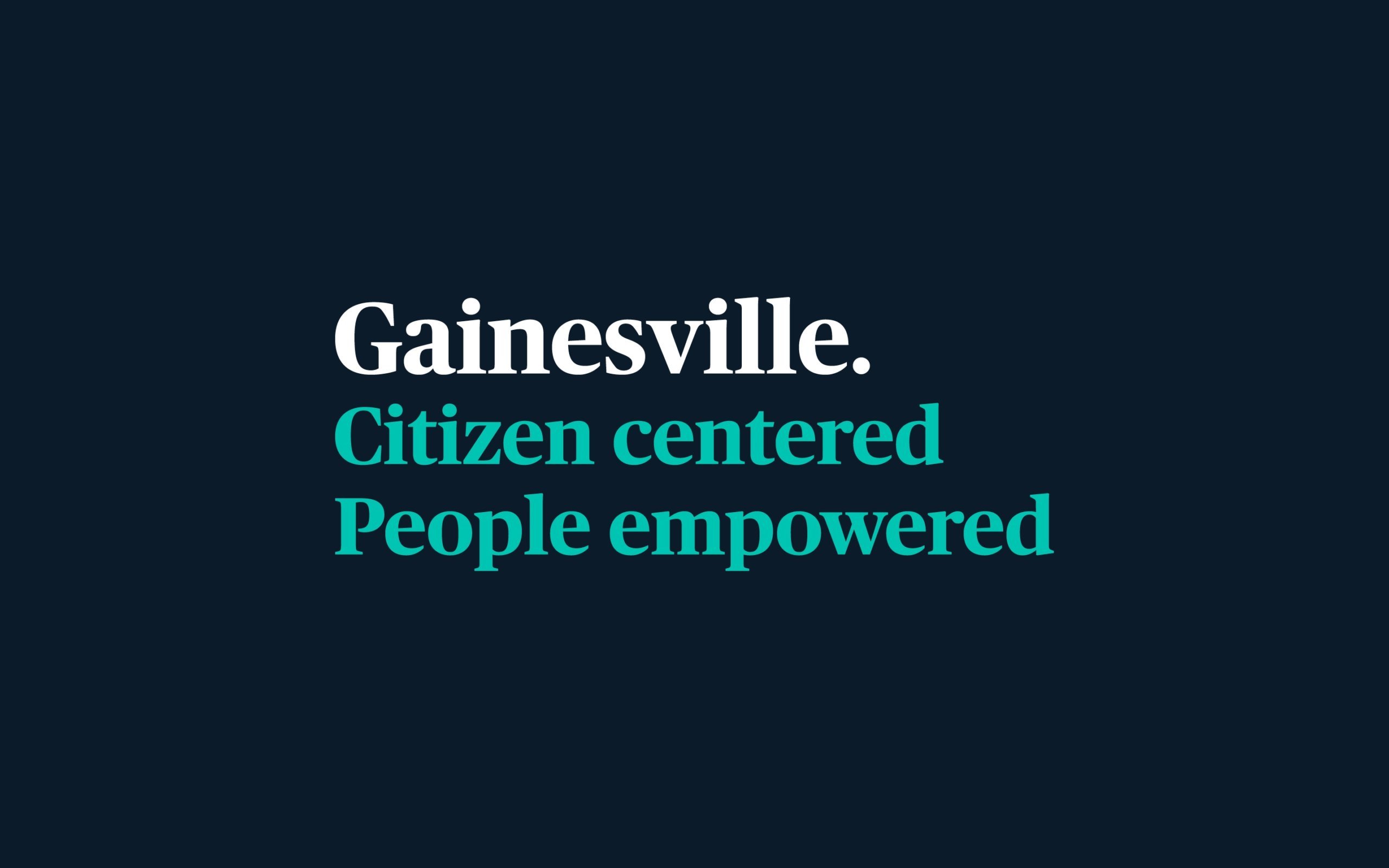 The City of Gainesville recently embarked on a new mission to become the most citizen-centered local government in the US. In 2017 this directive faced a few challenges. The existing brand did not reflect the strategic change that had occurred, but the city was not in a place where a traditional rebranding exercise could be considered. And yet, they had immediate needs for new points of entry that would describe and illustrate the citizen-centered concept and what it means for people in Gainesville.

Since the citizen-centered philosophy is built around questions like how can we empower you? or how might this city be made even better?, we realized the most sustainable solution was to take an unbranding approach. 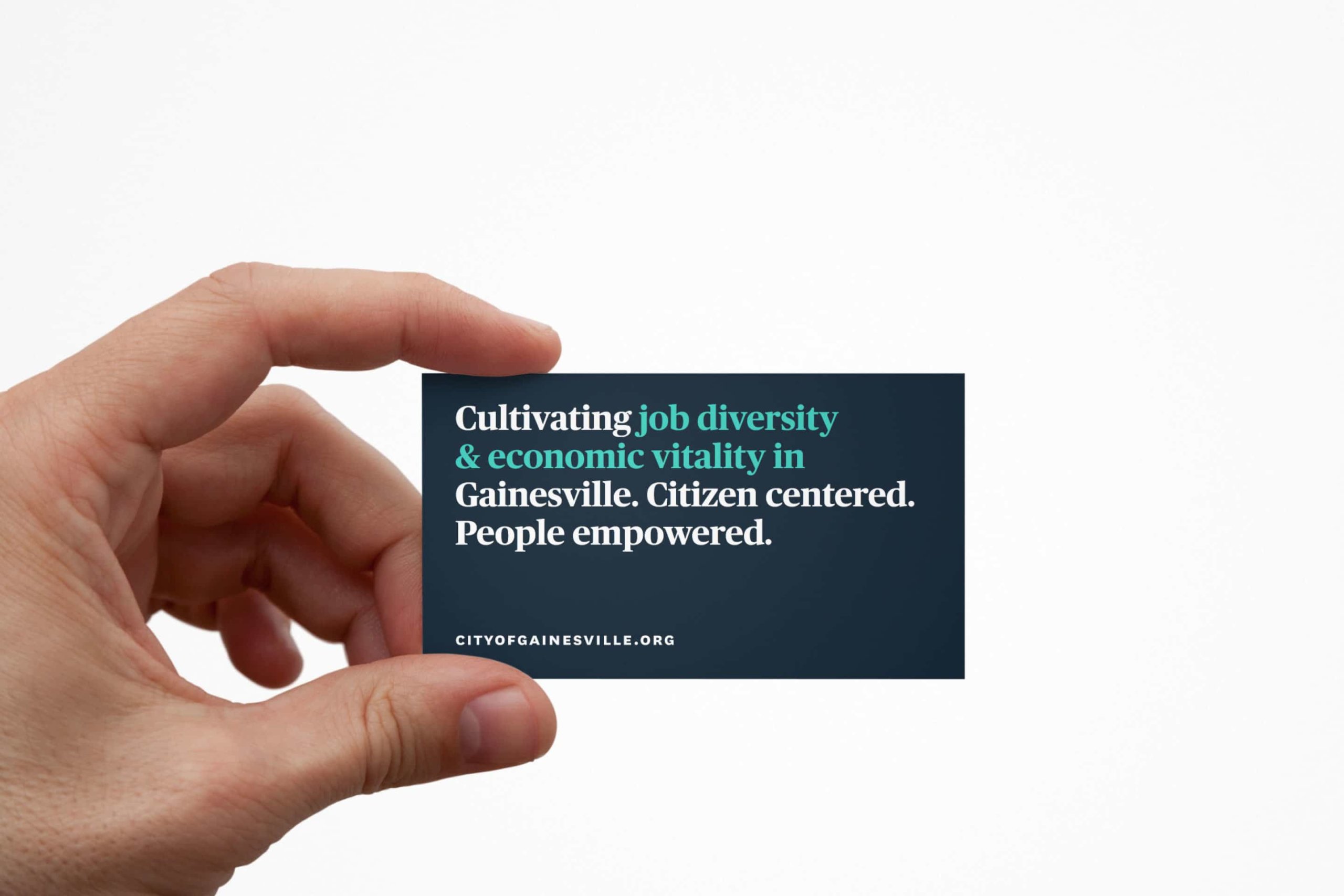 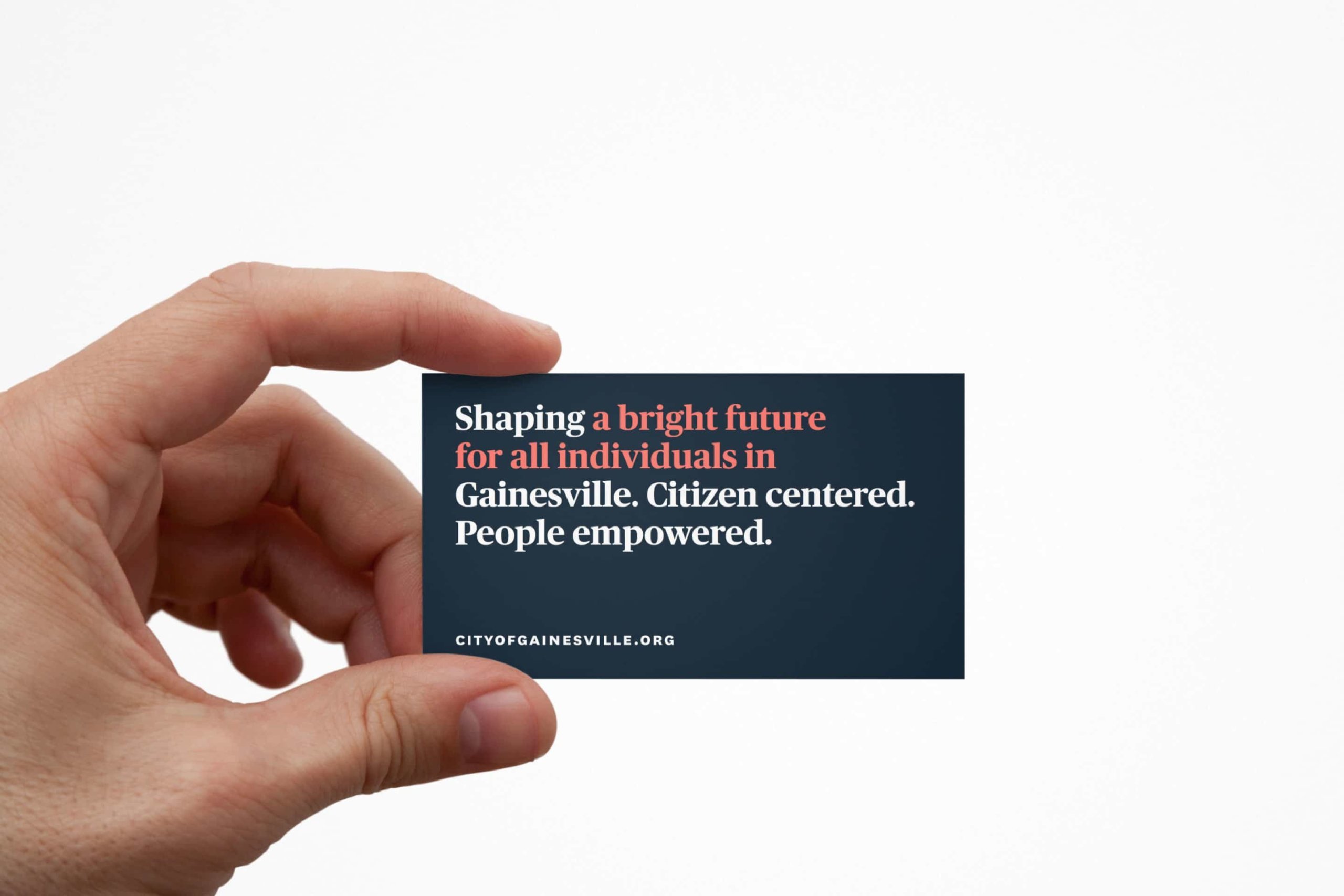 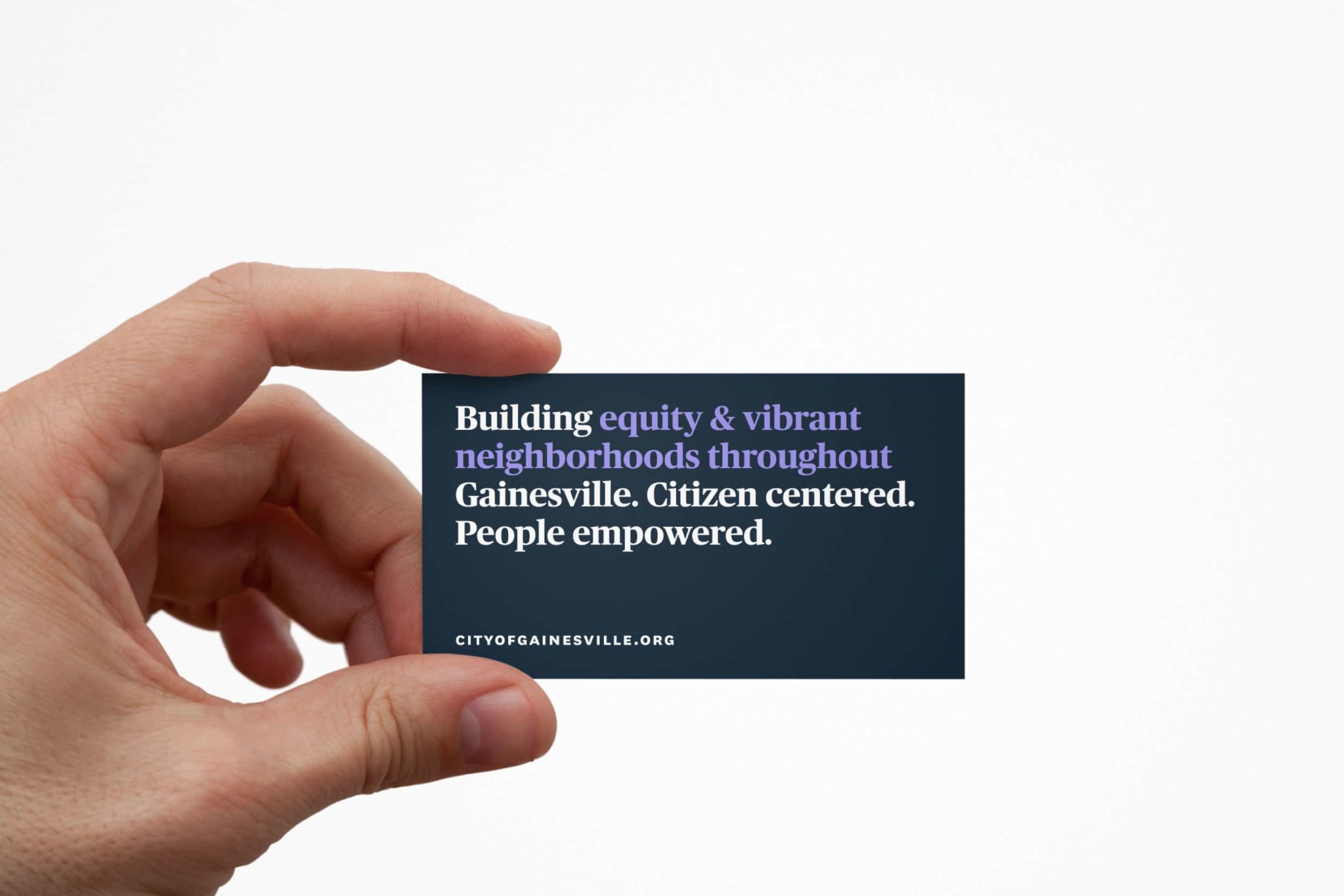 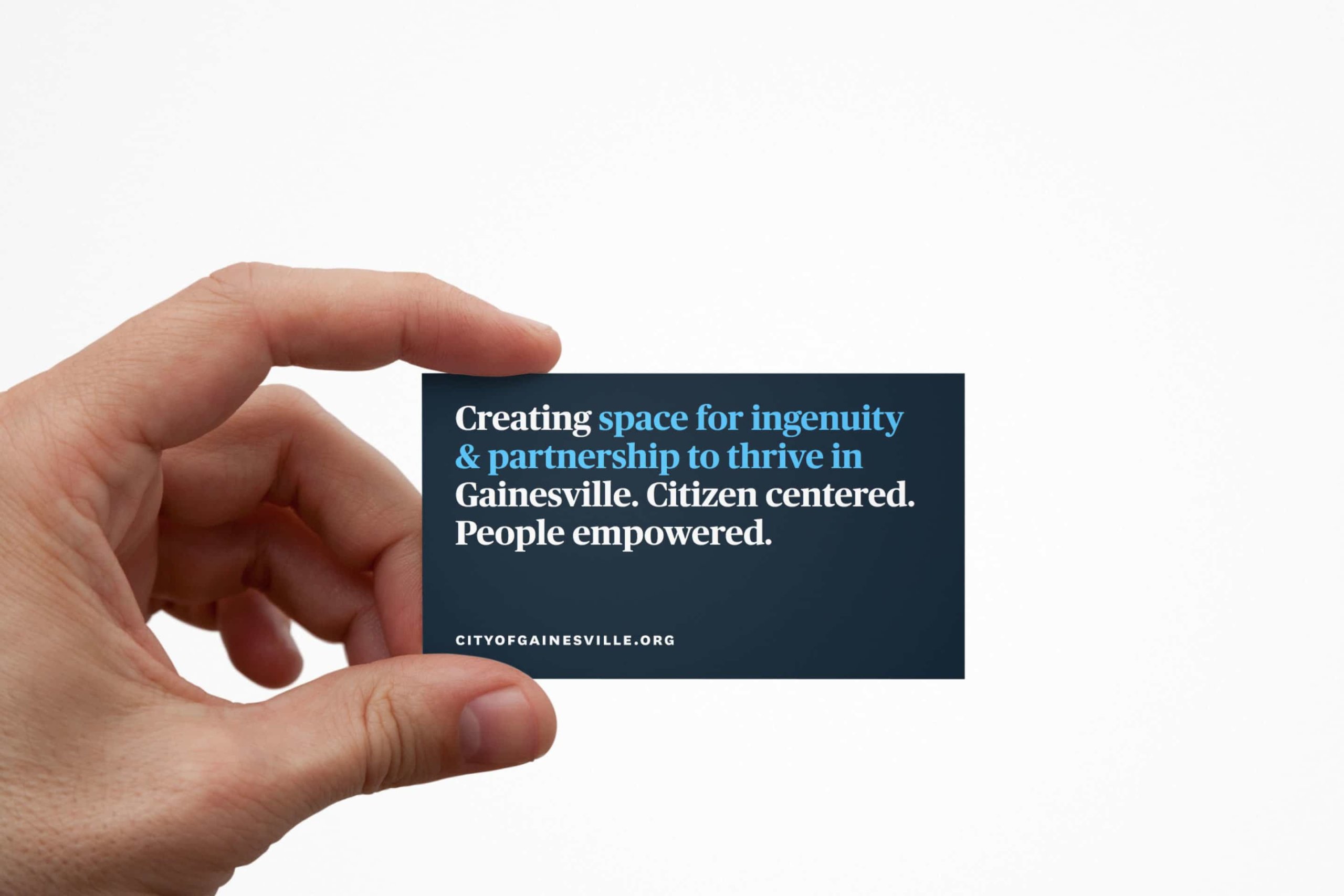 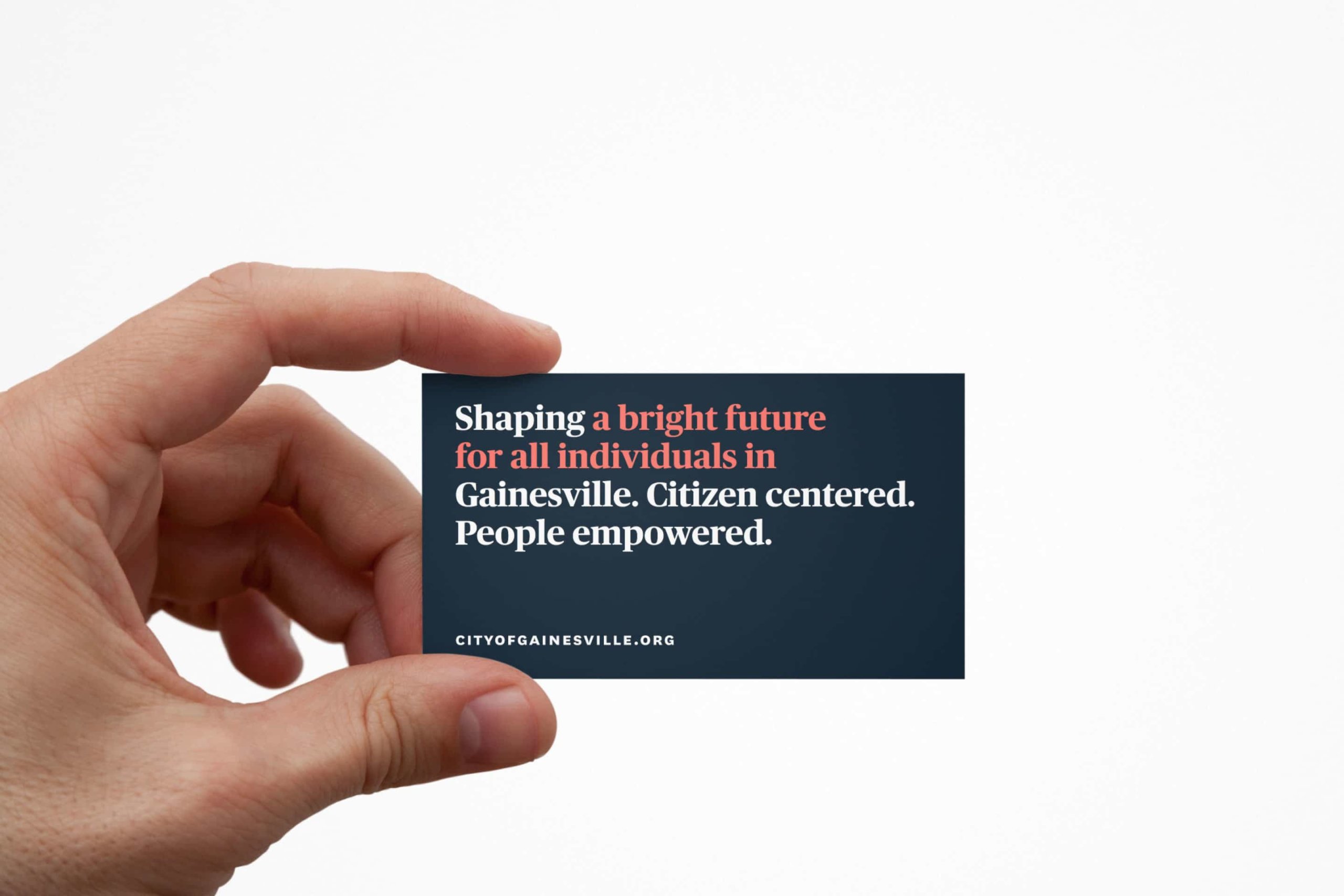 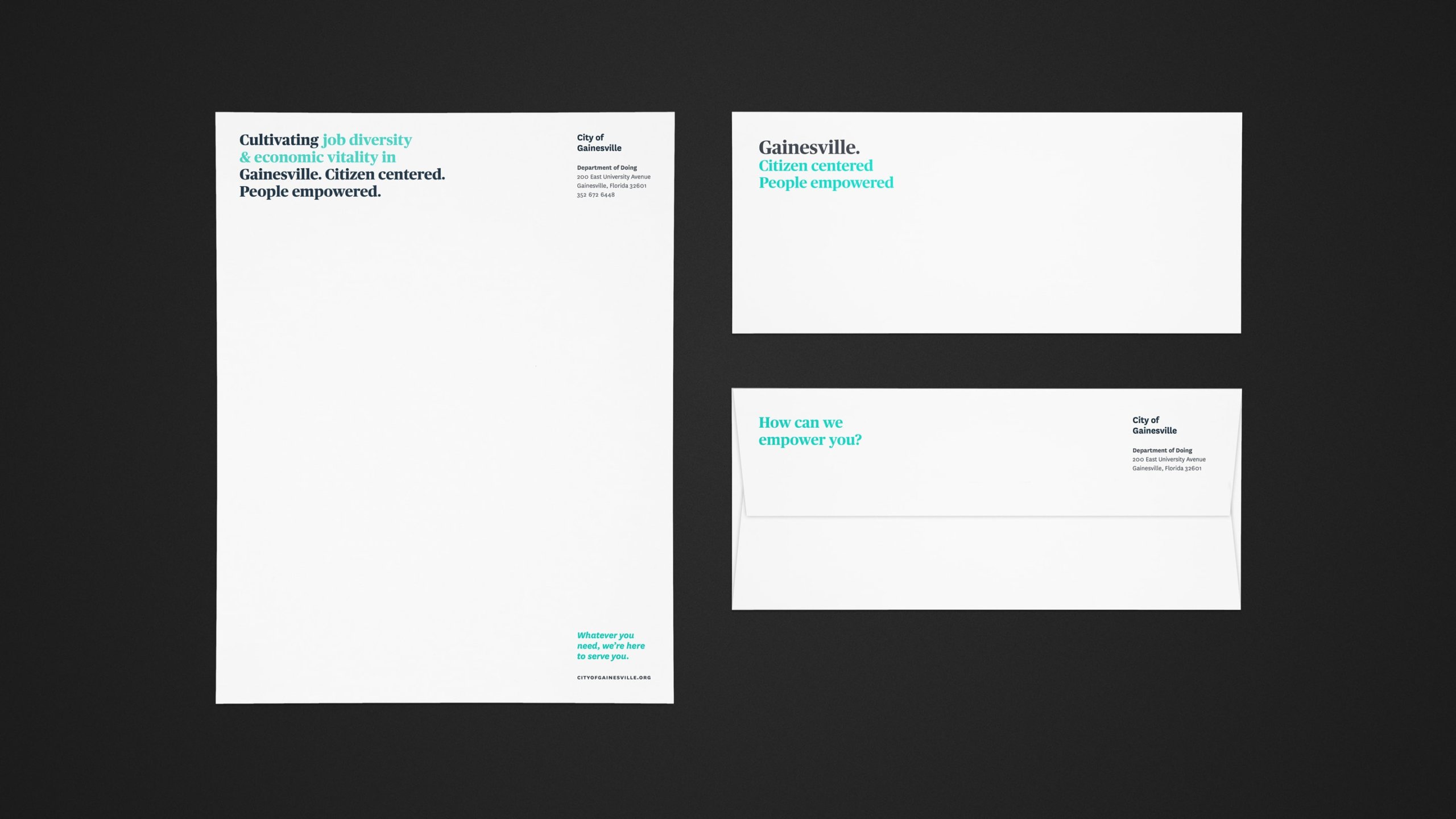 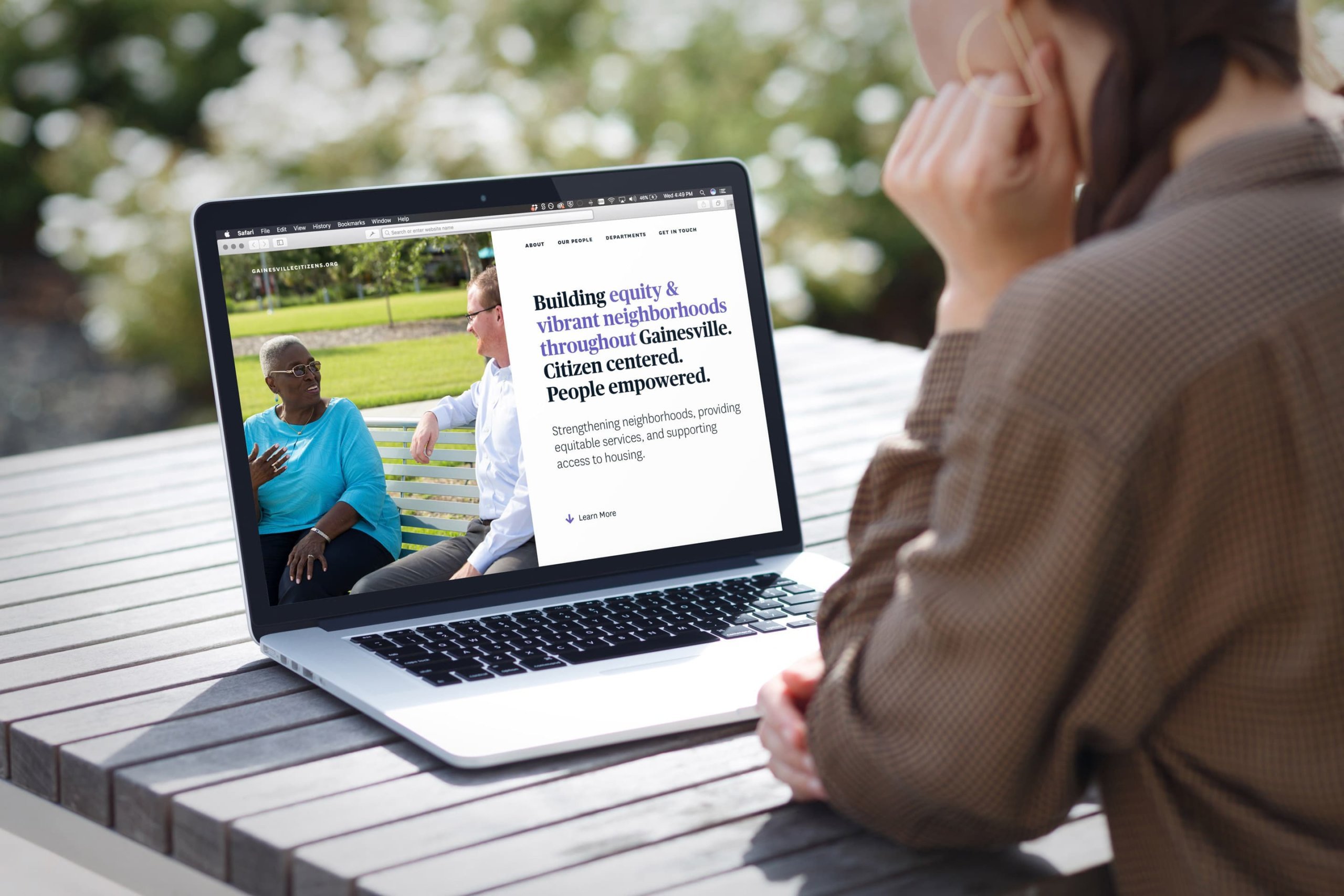 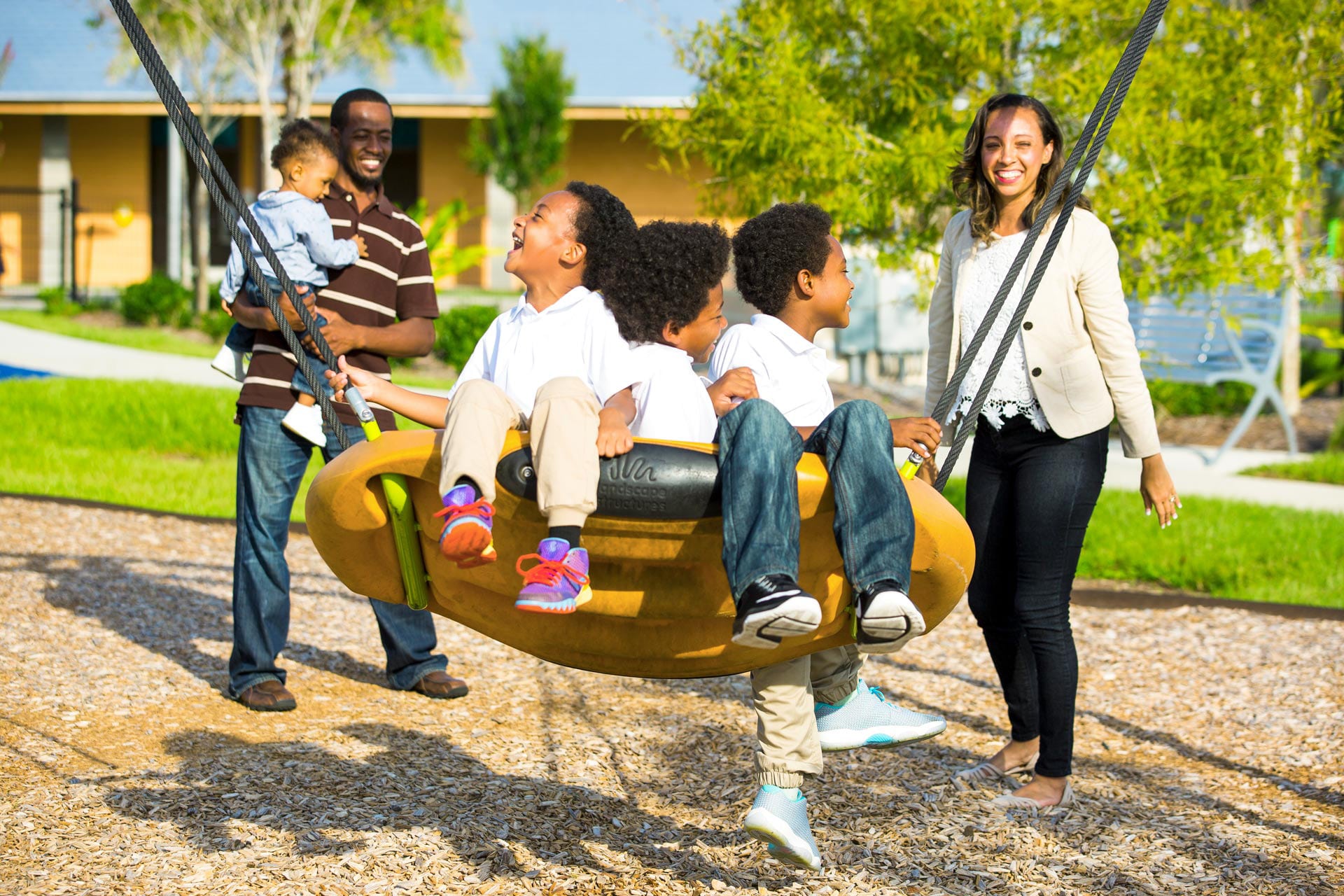 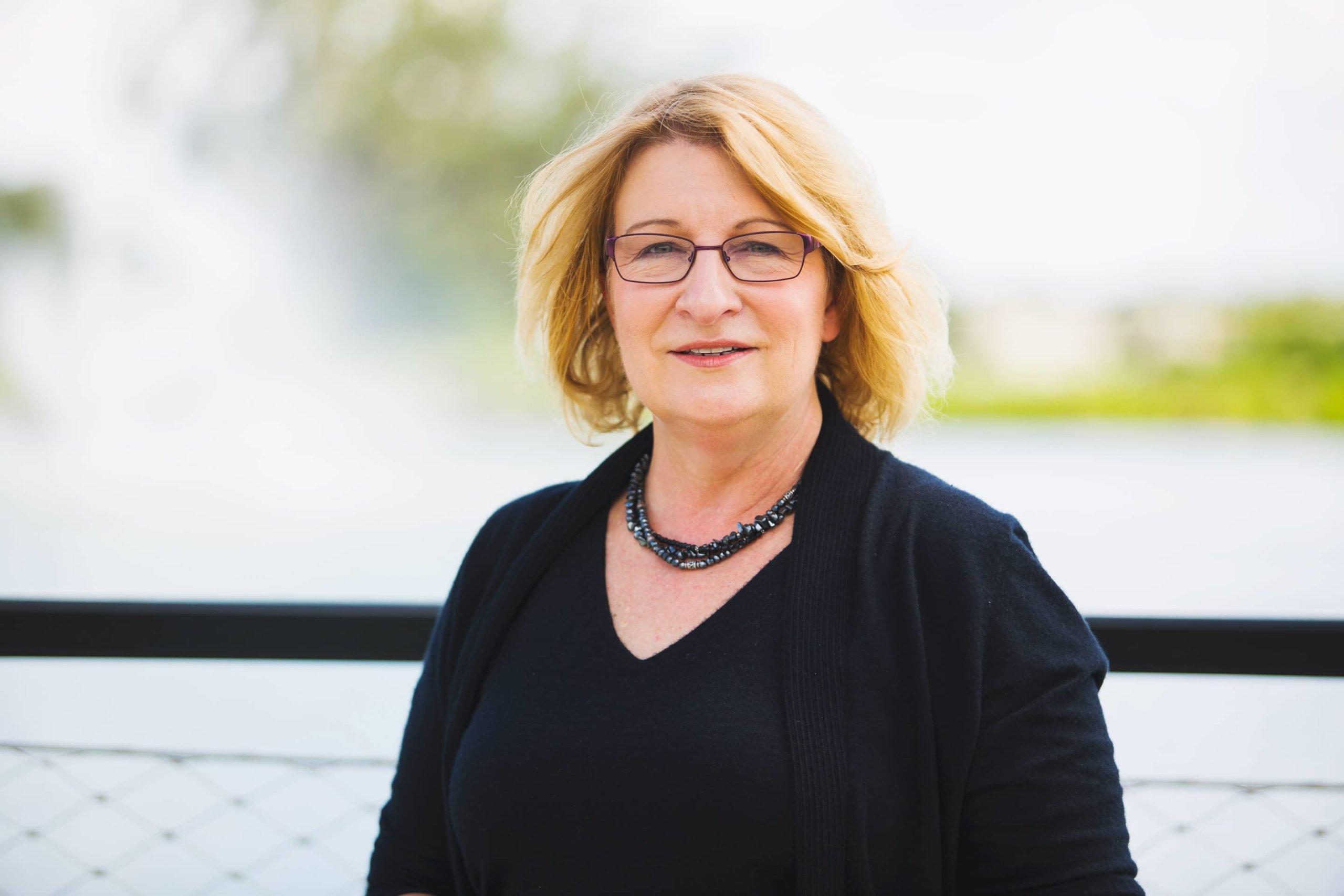 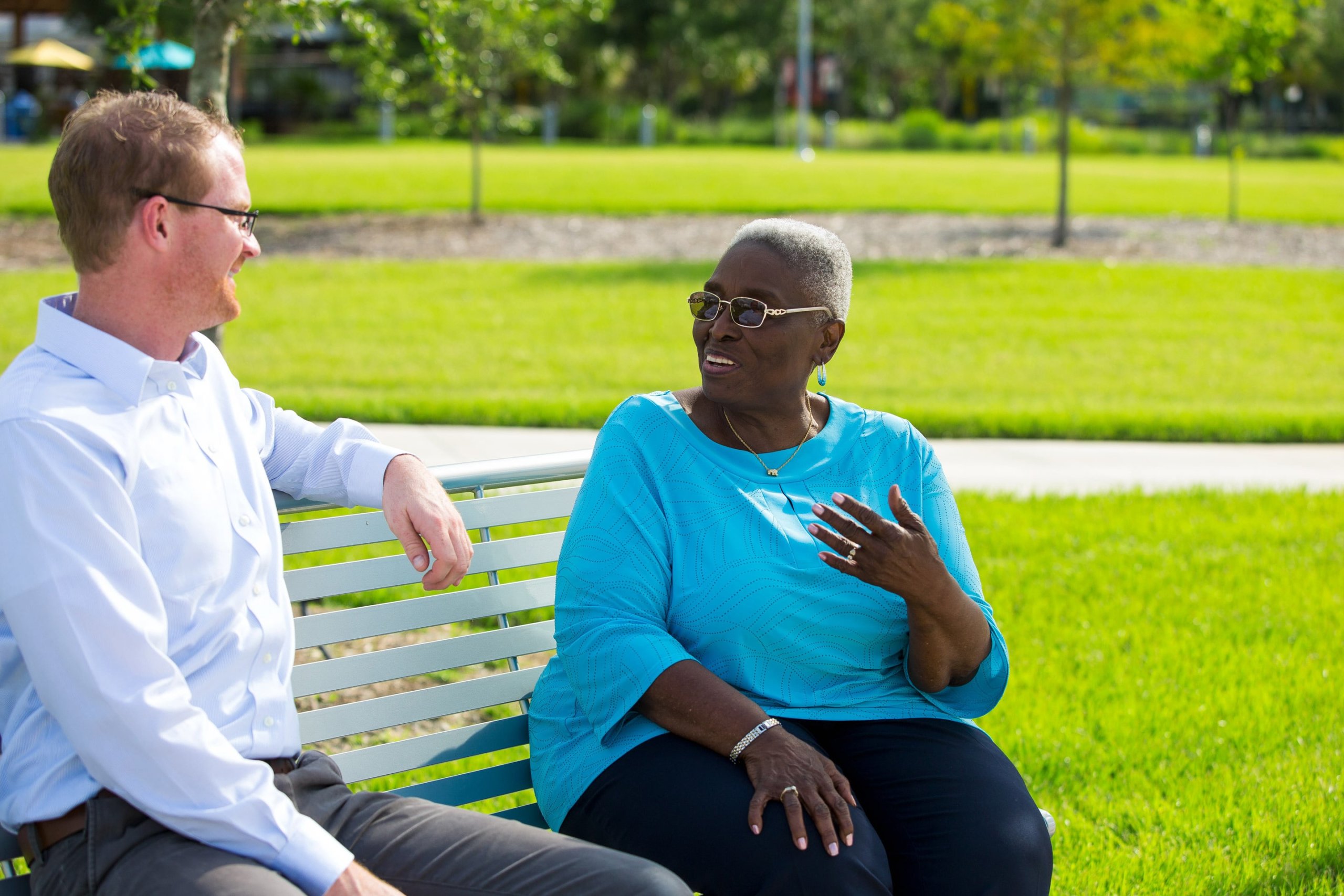 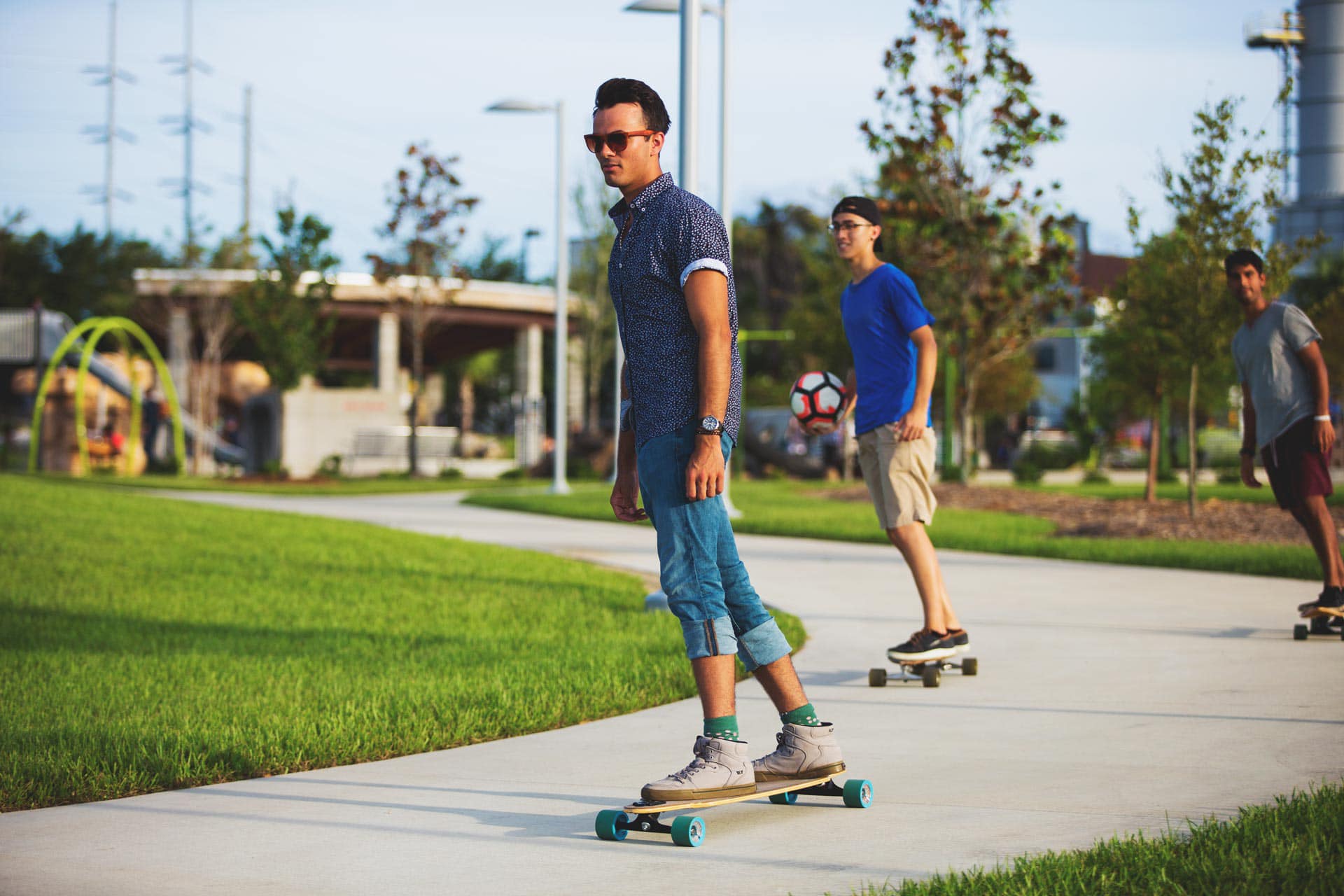 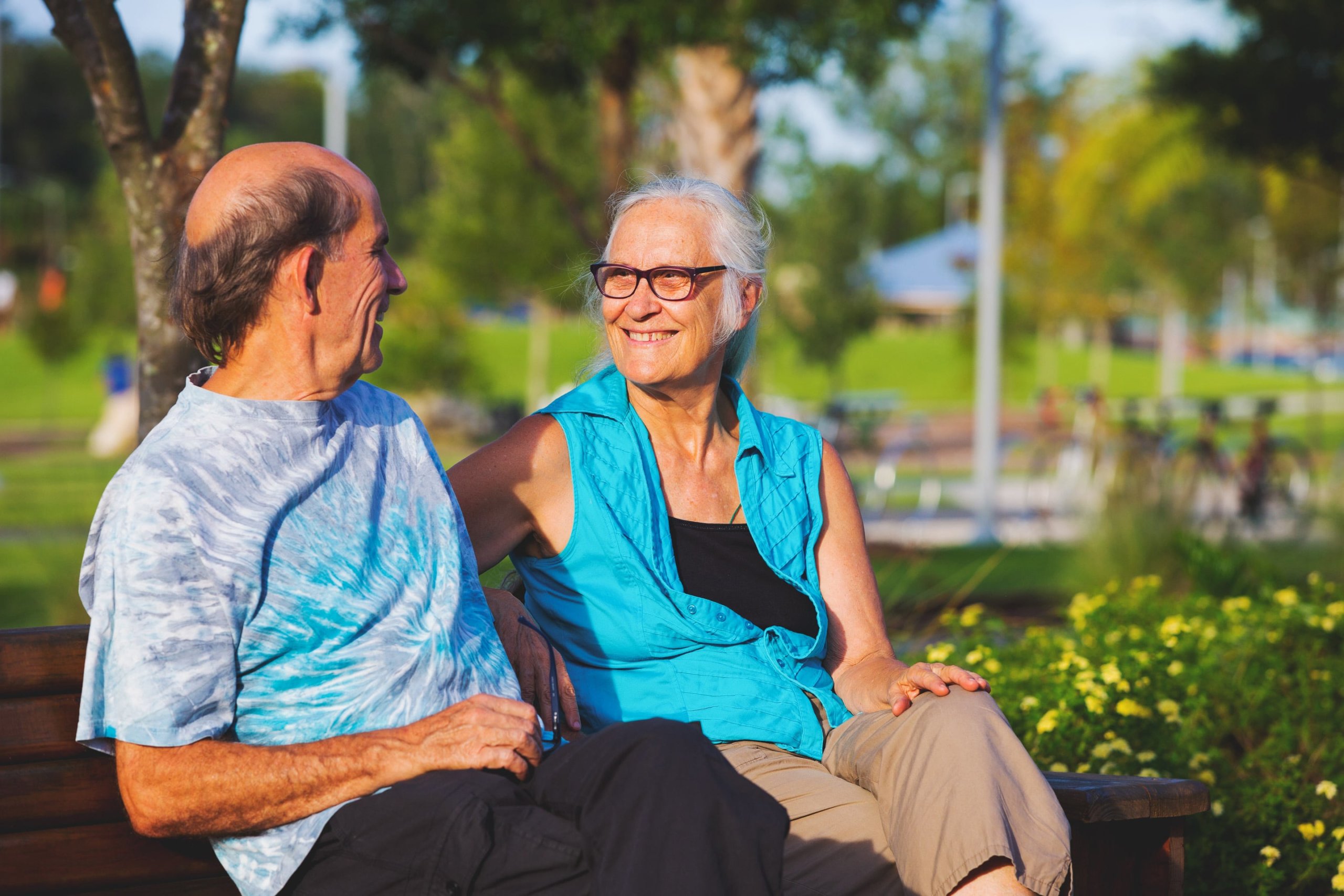 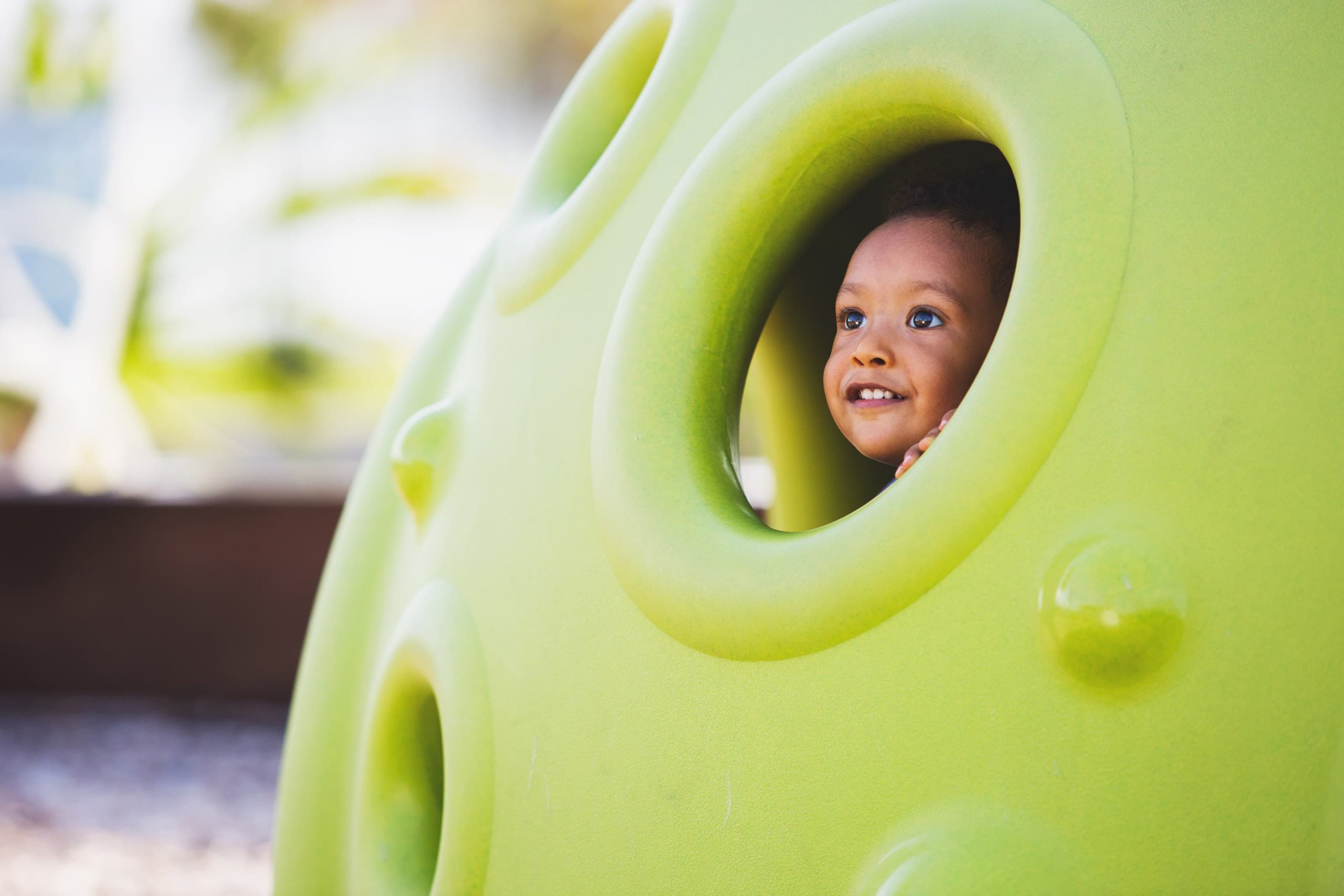 What began as a lean strategy for piloting the citizen-centered concept grew into a brand identity for the entire City of Gainesville. As the system was rolled out across all 16 city departments, the story was picked up by Fast Company and touted as a model approach for cities that wish to put people at the heart of their brand.

In the words of former City Manager Anthony Lyons, “I fully believe it’s an approach that most governments will take over time. If it helps spread that message, it’s good for all cities. I know people don’t think of Gainesville as an interesting place yet, but I hope this kind of thing changes that.”

Got a project in mind? We’d love to hear about your needs.
We take your privacy seriously. We do not sell or share your data. We do use cookies to enhance your experience with our site and to analyze the performance of our marketing efforts. If you’d like to learn more, please see our Privacy Notice.
Dismiss
Email Signup