The Role of Typography in Branding 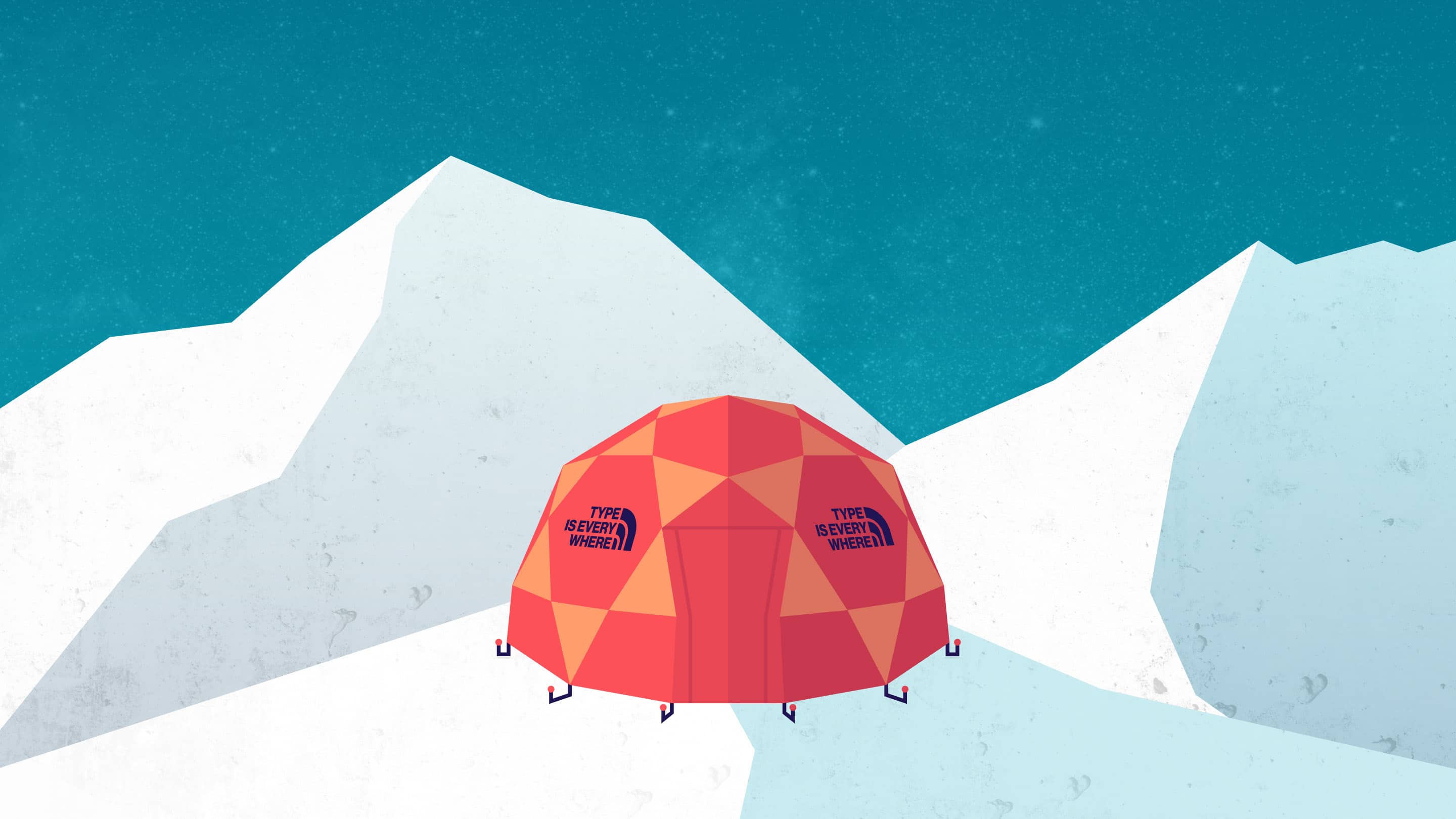 Reprinted with permission from mattsteelmakes.com. Illustration by Matt Steel.

What is the most common form of visual art in today’s society? Is it photography? The medium has exploded in recent years and shows no sign of slacking. Thanks to smartphones and broadband, people are currently posting more than 1.8 billion good, bad, and ugly photos online every day.

Is it film – commercials, movies, promotional videos? Make yourself comfortable: it would take you more than 5 million years to watch the amount of video that will traverse the internet each month in 2018.

I can’t comprehend how vast these media are in their reach. But there is one visual art form that eclipses all other images in reach, and shows no sign of letting up: typography.

Throughout this article, you’ll see the words typeface, font, and font family. In the simplest terms, a typeface is what you see. It’s the manifestation of letters, numbers, and other glyphs that form a unified type design. A font is the tool you use. It can be a piece of software or physical glyphs cut from metal, wood, or plastic. And a font family is a collection of related font weights, such as regular and bold, and/or optical sizes.

What exactly is typography? It’s the practice of arranging type in order to convey a message. A painter uses brushes and canvas, paper, or some other surface. Today’s typographer uses fonts and a digital canvas for work that will either be transposed to paper or viewed on other screens. The purposes of painting and typography are completely different, but the compositional skills required by both disciplines – the arrangement of black and white space, scale, rhythm, contrast, and color – are one and the same. Most importantly, as Robert Bringhurst says in his delightful and eminently practical book, The Elements of Typographic Style, “Typography is the craft of endowing human language with a durable visual form.”

Type: A History from Gutenberg to Google

From the time of Gutenberg right up until 1953, typographers laid out blocks of metal or wooden type to create a form, which was then printed by letterpress. Sometimes they would engrave or etch a metal plate for gravure or intaglio printing. Before the early 20th century, typesetters worked at printing firms. The people who made a message visible and those who pulled it off the presses worked under the same roof.

While hand-set letterpress printing has seen renaissance in recent years, today’s typographers usually work with software and arrange type on screen. But the basic principles of readability and rhythm remain the same. Due to the proliferation of publishing, branding, advertising, and the consolidating effects of technology, most typographers no longer work at the printer or the typesetting firm. That role, along with the type director, layout artist, and several other jobs has collapsed into the job description of a graphic designer.

Typography, intentional or otherwise, is everywhere. It’s all around you, even if you’re on the top of Mount Everest. Just look at the tags on your parka as you survey the world below. Type is faintly glowing from my keyboard as I write these words. Type is appearing in real time (Matthew Carter’s Charter typeface, to be precise) thanks to Medium’s publishing interface, which I use for drafting stories. If you read this essay on my website, you’ll be viewing it in Kai Bernau’s crisp, lyrical Lyon. Outside of that, I can’t be held responsible for the way these words look.

There’s type running along the barrel of your ballpoint pen, circling the bottom of plates in your china cabinet, and crammed into poster slugs at your local movie theater. Type greets you upon pressing your iPhone’s home button, and type offers a synopsis of the video you’re about to watch on Youtube. Type is the most prevalent manifestation of the grist that is constantly ground and dispersed by the mill of the web.

Type on billboards and magazine headlines is made to draw attention to itself. But more often than not, type goes practically unnoticed. That’s its job: to become a clear vessel through which content flows unhindered. Typography is the quietest art. Or as Bringhurst says, “good typography is like bread: ready to be admired, appraised, and dissected before it is consumed.”

These days, almost everyone engages in typographic practice of some sort. Picking fonts, setting sizes, choosing bold or italic. Creating documents, drafting emails, and even writing text messages (thanks to emojis, we’re coming full circle back to pictograms). This is why the vast majority of typographic communication isn’t beautiful. Sometimes it’s not even legible. Typography is taken for granted thanks to desktop publishing and the ubiquity of visible language. Type gets stretched, pulled, slanted, shaded, bedazzled, and bullied to no end. But when done well, typography is inviting, balanced, and clear. It resonates with the right people. That’s because a typographer read the content, thought about how it might want to look based on her understanding of the author, history, and context; where the story or message will appear; considered the needs of her audience; selected an appropriate typeface; and took the time to design a tailored reading experience.

How typography suits and shapes behavior

Type cannot not make a statement. As a designer’s tool, it has the ability to both select an audience and shape their behavior. Although type is only as good as the person wielding it, selecting the right font for the job remains important. Consider highway signage, which appears brutish up close but possesses life-saving legibility from afar. Airport signage uses type made for maximum clarity as well. If you can’t read the signs, you might miss your flight. Airport signage also tends to have a reassuring, slightly cheerful quality thanks to humanist typefaces with open letter forms, tall lowercase, and elliptical curves. After all, you’re about to board a multi-ton projectile that will hurtle through the sky, several thousand feet above the ground, for an extended period of time. It’s nice if the wayfinding that guides you from security to gate can play some small part in soothing your nerves.

Rational sans serif typefaces like Helvetica and its variants make a statement, even if that statement is “strong neutrality,” as designer Erik Spiekermann described it in Helvetica (yes, someone made a movie about a typeface – and it’s fantastic). When organizing the daily transit of thousands or even millions of people through underground tunnels, the promotion of equilibrium is critical. For this very reason, typefaces like Helvetica are found in subway systems around the world. Stay calm and travel on!

Book typefaces are the soft-spoken marathon runners of the type world. They need to hold a reader’s attention without causing eye strain or drawing undue attention to themselves. Tolkien would’ve been rather upset if his readers were spending more time in Goudy Old Style (or Plantin, depending on your edition) than Middle Earth. But a reader’s attention is engaged and sustained by a certain amount of complexity. A good book typeface has just the right amount of variation in its curves and strokes. Too little detail and the type becomes utterly gray. Too much, and the reader can’t break through the visual plane to the hoard of imagery below. The eye tires, focus wanes, and reading ceases. The book is abandoned.

Good design, and good typography in particular, is a bridge that connects message to reader. Good typography is both magnetic and useful. When practiced with ethical consideration, typography is very much a form of advocacy. I am for you, dear reader, and I’ve dressed these words with the letters they deserve. As a designer, I know I’ve done my job well if something I’ve created doesn’t merely capture your gaze, but engages your mind for long enough to have an impact. Money is great, but the most valuable gift one can give is their time and attention.

What is your type saying about your brand?

In terms of brand-building, typography serves at least four purposes: distinction, consistency, coherence, and communication. The fourth purpose is obvious, but the first three bear a little explanation.

Successful branding starts with a mission built on love. The empathetic typographer selects or commissions fonts that reflect and clarify an organization’s reason for being. They create a system that suits all the ways and places a brand needs to communicate.

Distinct type – the kind seen in logotypes, mastheads, headlines, and movie titles – sets the course for a brand’s personality. Such type is meant to attract attention, set a tone, spur you toward action.

Consistent typography allows people to connect the dots within a reading experience. For example, when I’m browsing The Atlantic.com and come across an ad, I don’t even have to think twice about who’s speaking. The Atlantic’s typography is consistent within the website as well as across media. This means that whether I come to the magazine from the web or vice versa, I’m more likely to recognize the brand and start reading.

Coherent typography possesses harmony within itself. It guides readers through the wilderness toward a destination. Coherent typography provides clear distinctions between reading and navigation. This aspect is a particularly critical component of complex information systems such as magazines, newspapers, and user interfaces. I always know whether I’m presented with prose to digest, critical context, or instructions to find the nearest exit. (This is why link-heavy articles and inline advertising are so horribly disruptive.)

Message-centric, or communicative, typography is systematic and hierarchical, with only as much variation as the content requires. Such systems print patterns on readers’ minds, and familiar patterns become intellectual shortcuts. This means that good typography reduces friction between your message and the people for whom it’s made.

But, you might ask, what about color? Is it not of equal or greater importance than type? Color is indeed critical. Color conveys emotional meaning, and can invoke powerful reactions. But to project identity we also need the visual hooks and peccadilloes that type affords. Color alone is limited and unreliable. Consider that about ten percent of the population are somewhere on the continuum from partially to totally colorblind, and those people may never experience the distinction intended in your deliberations on brand colors. And then there’s context to consider – the brightness and hue of any given screen, the source and intensity of light, and so on. Type is much more resilient than color. When set with sufficient contrast against its background, type is completely color-agnostic. In fact, a typeface’s personality is most apparent in black and white.

The question of whether to begin the design of a brand identity with type or with the logo depends on the nature of the client’s business. Designers often begin with the logo, because it can set the tone for all other typographic decisions that follow. This is an appropriate method for organizations whose core offerings are services or products. For those whose products are words, the brand’s calling card is typography. The selection of existing fonts or commissioning of custom fonts therefore comes first. The logotype or any other brand components are usually designed later on.

In the next post, we’ll look at a few brilliant examples of typography in branding.

Got a project in mind?
We’d love to hear about your needs. 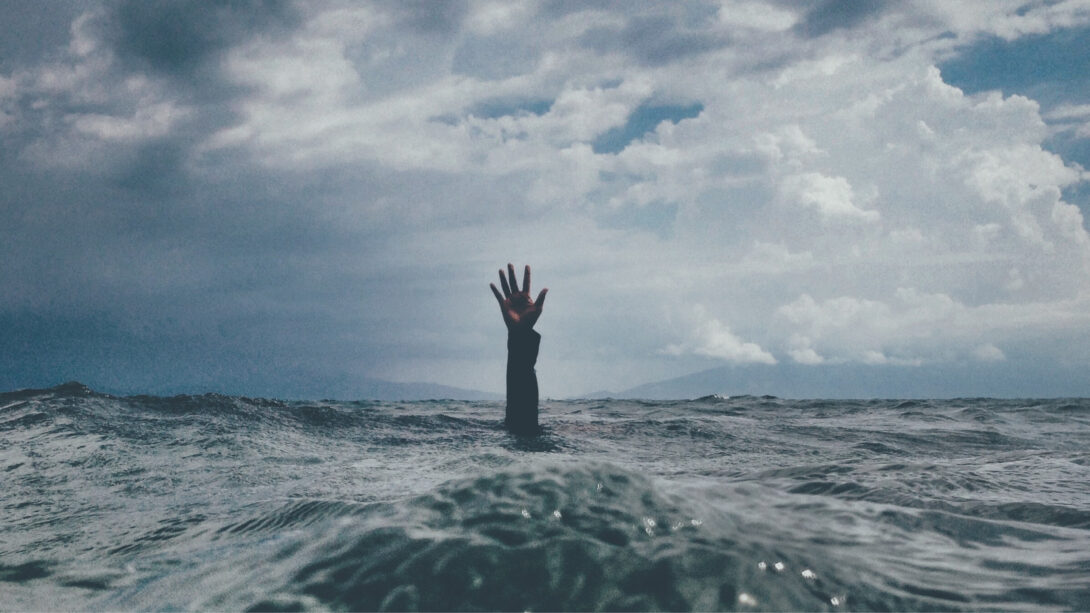 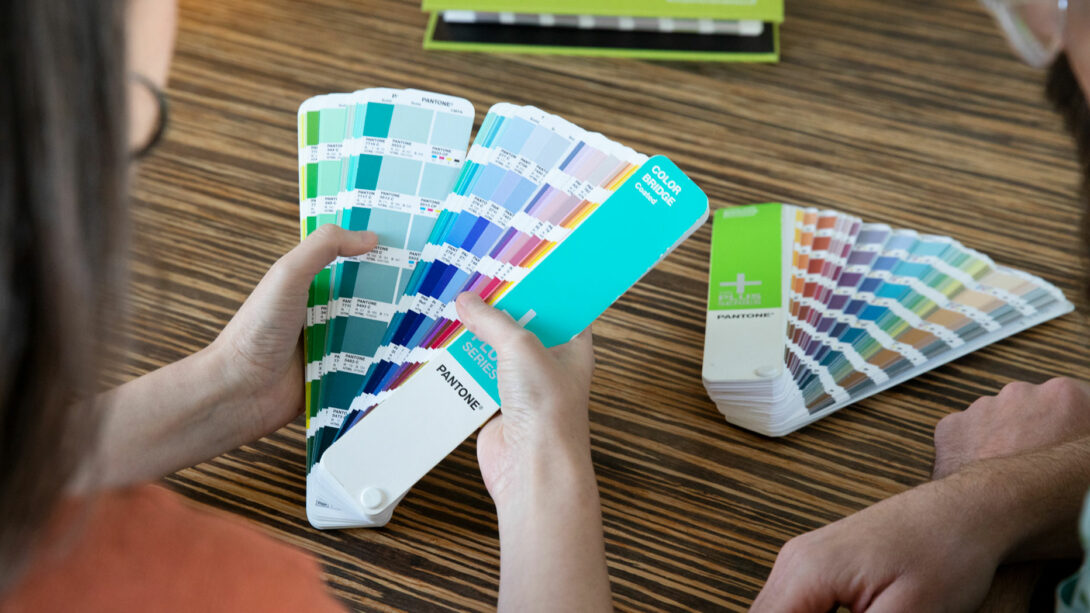